What we should be doing on the Fourth…

What we should be doing on the Fourth… July 24, 2012 RadioGuyJoe
Uncategorized

Disclaimer: The following article was dropped off at the station by one of our listeners. The newspaper in which the article appeared and by whom the article was written have been cut off so, unfortunately, I cannot give credit where credit is due. But do want to thank our listener for keeping us informed.

Come July 4th it’s thoughts of a long weekend – gas prices, the car’s GPS, picnics, which houseguests we can avoid, which hostesses we can invade, do ants prefer Hellmans or Miracle Whip. Shouldn’t thoughts maybe turn to the original Fourth of July?

It was 56 Founding Fathers from 13 colonies who signed The Declaration of Independence 231 years ago. Benjamin Franklin was the oldest – 70. Ed Rutledge, from North Carolina, was 26; the youngest. The president of our Second Continental Congress, the famous John Hancock of Massachusetts, who grew to have an insurance company named after him, was 39.Virginia’s Thomas Jefferson, 33. Most were late 30s, early 40s. Seven were sixty-ish. Three in their 20s.

Per the Plymouth Rock Foundation’s Rus Walton, they who Signed For Us were merchants, farmers, lawyers, physicians, one a bond servant, 10 pastors’ sons. Not one had a hedge fund, none was fromSilicon Valley. Roger Sherman ofConnecticut, who now has a nice little inn in his name inNew Canaan, was a shoemaker’s apprentice and learned reading via books propped on his bench.

Leader of the Sons of Liberty, delegate Samuel Adams – who has since become a world-class beer – arrived in Philly’s Pennsylvania State House, known as “Independence Hall,” dressed in new suit, stockings, wig, shoes, all donated by supporters.

After signing to pledge their lives and “Sacred Honor” to the cause of Independence, it was Presbyterian pastor Dr. John Witherspoon, founder of what today is Princeton, who added the final phrase that gave God a hand in this whole thing: “ … with firm reliance on the protection of Divine Providence.”

It was in The Proceedings of The Virginia Convention in The First Continental Congress in the town ofVirginiainSt. John’sChurchthat Deputy Patrick Henry said, “Give me liberty, or give me death.” Following that speech,America’s patriots voted onJuly 4, 1776, without dissent. John Hancock signed boldly so “John Bull can read my name without spectacles and may now double his reward of 500 pounds on my head.”

Voting “Aye” that “these United Colonies are, and of Right ought to be, free and Independent States,” they became marked men. King George III declared them rebels and traitors. The penalty for treason: hanging. Being deeply committed to principles bedrock to the Declaration and signing for this new country meant death.

And as we barbecue and snorkel and sip warm iced tea, how many of them can we name? 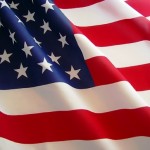 First signer to die, seven months later, John Morton ofPennsylvania.South Carolina’s Arthur Middleton and Thomas Heyward were captured during the siege of Charleston. British troops destroyedGeorgia’s Dr. Lyman Hall, killed another in a duel, captured another in the battle of Savannah.

All the property of four New Yorkers was destroyed. Wealthy importer Philip Livingston lost his townhouse inNew York City, his country place in BrooklynHeights, and died a pauper in 1778. Francis Lewis – now known mostly because of his boulevard inQueens– saw his wife brutalized, taken prisoner and die shortly thereafter. William Floyd ofLong Islandsuffered a scorched-earth policy and hid out for seven years. You should know that when you speed on his parkway.

New Jerseyites. John Hart, hunted through the woods like an animal. Abraham Clark, jailed on the enemy’s notorious prison shipJerseywhen it was reported, “New Yorkharbor is heavy with the stench of the dying.” Justice Richard Stockton, imprisoned, abused, starved, died of maltreatment. Brigadier Gen. Thomas Nelson, at the final battle ofYorktown, personally directed the cannon fire that destroyed his own home.

The instant these newfangled, newly named Americans declaredIndependence, a massive British force landed to seizeNew York CityonSept. 6, 1776. Then the overmatched George Washington retreated to northernManhattanwhere now stands the bridge that bears his name.

Sept. 22, Connecticut’s 21-year-old Capt. Nathan Hale, fresh from his Yale graduation, was the first American executed for spying. His last words: “I only regret that I have but one life to give for my country.” A plaque at 66th and Third marked the site of Hale’s execution.

So, while you’re fuming at Montauk Highway’s traffic, buying Sunday-brunch goodies at H&H Bagel, watching fireworks along the East Riveror complaining bitterly about the broken screen door on your weekend place in upstate Bedford, remember what July 4th really means.

The spirit of our beloved nation has not dissipated. The goodness and glory of this land is not of yesterday – but of today and tomorrow. Let this be OUR declaration.