Warming caused by the winds, not humans?

Warming caused by the winds, not humans? September 26, 2014 RadioGuyJoe
Uncategorized

The L.A. Times, an excepted left leaning publication and considered a good soldier to the left run the attached article …

More evidence from the lefts own Koolaid drinkers that Mother Earth is going to do her own thing.

This article appeared on the 23rd – tony.barboza@latimes.com

Naturally occurring changes in winds, not human-caused climate change, are responsible for most of the warming on land and in the sea along the West Coast of North America over the last century, a study has found. 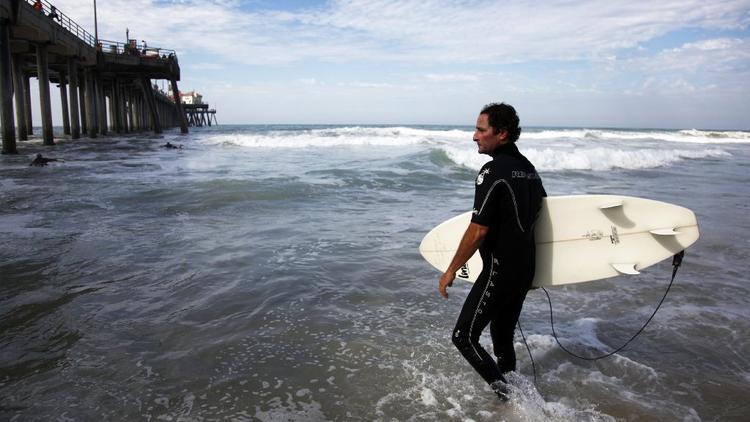 The analysis challenges assumptions that the buildup of greenhouse gases in the atmosphere has been a significant driver of the increase in temperatures observed over many decades in the ocean and along the coastline from Alaska to California.

The Klamath River and the Pacific Ocean
A recent study finds that weakening winds accounted for more than 80% of the warming trend along the Pacific Northwest coast between Washington and Northern California. Above, the Klamath River flows into the Pacific about 50 miles from the California-Oregon border. (Robert Gauthier / Los Angeles Times)
Changes in ocean circulation as a result of weaker winds were the main cause of about 1 degree Fahrenheit of warming in the northeast Pacific Ocean and nearby coastal land between 1900 and 2012, according to the analysis of ocean and air temperatures over that time. The study, conducted by researchers from the National Oceanic and Atmospheric Administration and the University of Washington, was published Monday by the Proceedings of the National Academy of Sciences.

Natural, wind-driven climate patterns in the Pacific Ocean, such as El Niño and the Pacific Decadal Oscillation, are already known to exert a powerful influence on sea and land temperatures over years and even decades.

This latest research shows that similar changes in atmospheric and ocean circulation can drive trends that last a century or longer, overshadowing the effects of human-generated increase in greenhouse gases, the study’s authors said.

This does not call into question the concept of global warming.
– Kevin Trenberth, National Center for Atmospheric Research
“Changing winds appear to explain a very large fraction of the warming from year to year, decade to decade and the long-term,” said study leader James Johnstone, an independent climatologist who did most of the work when he was at the University of Washington’s Joint Institute for the Study of the Atmosphere and Ocean.

When coastal wind speeds weaken, they result in less evaporation from the sea surface and unusually low pressure that alters ocean currents and causes temperatures to rise over time.

The study found that weakening winds accounted for more than 80% of the warming trend along the Pacific Northwest coast between Washington and Northern California. In Southern California, weaker winds were responsible for about 60% of the increased warming.

cComments
I have to give some credit to the LA Times for this article. Seeing both sides of the argument helps find the truth, and the truth is we still do not understand the mechanisms why the planet heats and cools. I would rather we call this Climate Study, since our human impact is not even a blink…
BEAST_SPQR
AT 11:55 AM SEPTEMBER 23, 2014
ADD A COMMENTSEE ALL COMMENTS
298

If global warming had been the most powerful influence on land and sea temperatures, those temperatures would have been different, the study’s authors said. Most of the warming in the region occurred before 1940, when greenhouse gas concentrations were lower and winds were weaker, the study found. In contrast, winds have strengthened since 1980 and coastal ocean cooled, even as the rise in greenhouse gases has accelerated.

Kevin Trenberth, a climate scientist at the National Center for Atmospheric Research in Boulder, Colo., who was not involved in the study, said its conclusions about long-term trends were probably overstated because the quality of data from the early 20th century was poor and unreliable. The results may also reflect the fact that the northeast Pacific is an area of the globe where past studies have shown the “signal” of climate change is low relative to the “noise” of natural variability.

“There is no doubt that regionally, the changes in temperature are dominated by changes in the atmospheric circulation that likely have little or nothing to do with climate change,” Trenberth said. But, he added, “this does not call into question the concept of global warming.”