Home / Uncategorized / Under the Fedora Videos, Polls and Tony

Under the Fedora Videos, Polls and Tony

A French Judge demands an Italian Mag needs to turn over topless photos of Kate Middleton,  personally I think he wants to see the royal pair he should by the mag like everyone else.

When I look at the MSM lately I see the backwards word that I remember from the old Bizarro stores from Superman in the 60’s  Hot is cold, rich is poor, etc etc etc.

The biggest example is the shocking, SHOCKING video of Mitt Romney suggesting that Barack Obama has a base core of support of about 47% and the more shocking proposition that he simply isn’t going to be able to persuade that group.

Considering that John McCain took 47% of the vote last time the reverse is also true but Mitt Romney said something that has really outraged the folks of the left, he dared DARED to suggest that there are people who make their fortunes who benefit from the government giving them money are unlikely to support a candidate who wants to make Washington live within it’s means and that a candidate who wants to win might focus his attention on the voters who he might win.

You would think Mitt killed the Limburgh baby (if a 3rd party ad featuring a 100 yr old lady accusing the family of being involved I’m sure David Gregory would investigate)  the MSM decried, denounced the video declared it the worst thing anyone ever saw.  People who claim to be serious actually suggested the election was over and Mitt should pull out of the race.  Stephanie Cuter of the Obama Campaign was feted on MSNBC as she hit Gov Romney for saying these things to a $50,000 crowd “Behind Closed Doors”

Never mind that I believe this message is a winner for Romney as does Glenn Reynolds, Jimmie Bise .  Dennis Miller has gone so far as to suggest…

Mitt should take that “47%” fundraiser video and just plunk “I’m Mitt Romney, and I approve this message” on the end.

But lets leave that aside a sec, the very evening this all this came Down Barack Obama was attending a $40,000 a head fundraiser with bigwig celebs in Manhattan.

Will the same media that was so hard on Mitt Romney’s words behind closed doors demand video from Tuesday night’s event?  Do you really have to ask?

Speaking of Data we should be seeing there are huge developments in the Brett Kimberlin case that has gone to court specifically concerning discovery:

Last Friday, two motions were heard in the Circuit Court in Prince William County (VA). The first was Mr. Kimberlin’s Motion for Continuance that we examined a few days ago. Denied! The second was Mr. Walker’s Motion to Compel Discovery which was, of course, granted. . . .
I haven’t seen a copy of the order yet, but if the judge was generous and allowed him the normal 21-day response time again, Brett Kimberlin now owes answers by 5 October. Under oath.

So he says Under Oath!

Stacy McCain understands what that means:

William J. Hoge’s emphasis on the phrase under oath represents the biggest danger to Kimberlin, a man seemingly incapable of telling the truth. And as Walker himself points out, Kimberlin has actually indicated he’ll plead the Fifth Amendment – in a civil suit?

I suspect Kimberlin is going to hold out until at least after the election to cover the people who are paying the bills, but I suspect we will see the Kimberlin info before we see the Obama videos from Tuesday.  But I’d say it might be time to panic.

Back in April & May I was hitting the local radio station in my home town (Fitchburg MA) for carrying the Yankees rather than the Red Sox.

With the Yanks in the playoffs and the Sox in last place I guess the laugh is on me but my loyalties aren’t going anywhere.

Speaking of Radio this week on the air I’m going to be talking about my post on the subject of the manipulation of polls:

At no time during the year (2012) do the Democrats have a registration advantage vs republicans, the gap closes in July & re-separates in August. The low point for the GOP was July for 34.9 and the high August at 37.6 For democrats the high was 34.0 in June & July the low was 32.4 in Feb

I’ve covered a lot of national polls on this site over the last year and all those polls ABC, CBS, NBC, FOX have one thing in common.

Not a single one of those polls had a sample with a GOP advantage.

Not only have none of these polls had a GOP advantage but the closest we saw was a D+4 poll.

This post is the single most popular post I’ve ever written, it’s drawn more hits in 48 hours over 25,000 people have checked out this post, that’s more than I’ve had in some months.  It’s been linked by everyone from Instapundit. To Hillbuzz, to powerline, the wall street journals’ best of the web and Free Republic and some fellow named Limbaugh in Florida you might have heard of in Florida who said the following:

The polling data that I have is from a blog called DaTechGuy. He’s analyzed all of these polls and the party identifications that they use, and they don’t match up with reality. The results from all these polls are so skewed, and this guy has gone to great lengths to illustrate it. He concludes that the truth of the matter is that the people in the mainstream media are the ones that are demoralized. They’re the ones that know they’re using trumped-up data.

It’s kind of cool to have Rush quote you on air and link you on the site, but unless his listeners hit DaTipJar or sign up for my new Premium Commentaries that and a dollar will buy  me the McDonald’s drink in my choice of sizes.

I gave a lot of space to the new 9/11 attacks last week.  The site Crooks & Liars in order to show an equivalence in violence between Muslims & Christians found a sect in France that firebombed a film…in 1988.

Earth to the Crooks & Liars crowd if you have to go back over a generation to find an example of violence by a group, odds are that group isn’t all that violent.

By contrast if you want examples of Islamic violence you can find them daily. 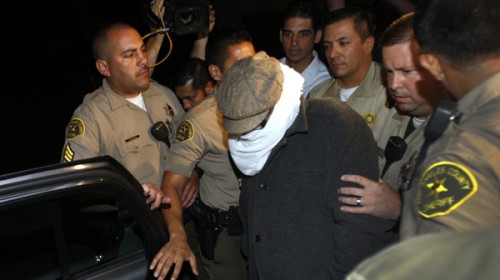 Granted this movie might offend Muslims and it’s so bad that Lemmings use it as a training film before jumping but ask yourself two questions.

Would there be any other story in the media?  I think not

There is a second story that hasn’t gotten much press either.  Tina Brown at Newsweek gave the cover to noted anti-jihad fighter Ayaan Hirsi Ali.

Now you might think that’s not all that odd given events but that’s the second cover for a conservative writer in Newsweek in 3 weeks.

If Tina Brown has decided to abandon the Niche Market to try to make her magazine a success who knows who might be next?

Forget the election,  or Kimberlin if you want to see pure unadulterated panic with almost no justification check the tweets of Jets fans after their team fell to 1-1 at the start of a 16 game season

Last thought, I covered a Mitt Romney ralley a week back, I talked to a lot of people but the most important person I talked to was a man named Tony

When the question is asked: Why did Barack Obama lose in 2012 the answer is going to be a million Tony’s and a president whose policies force their 20 something daughters and sons back home.