If you have read my blog for any length of time you know that I’ve been predicting disaster for the left in general and Obama in particular since last year. I’ve written dozens of posts tagged “ride right through them” detailing the evidence of my contention and containing the battle cry:

“Ride right through them, they’re demoralized as hell”!

The general reception to these repeated declarations of the weakness of the Obama message, the sight of democrat after democrat running from Obama and repeated electoral defeats for the left have been a level of disbelief and skepticism from my fellow conservatives tinged with a degree of fatalism so large that I thought I was talking with Red Sox Fans circa 2003.

Imagine then my delight when I saw this post at The Other McCain that included this bit in his argument:

Obama has already “shot his wad,” as Jennifer Rubin puts it, and the incessant rants about Bain Capital and outsourcing don’t seem to have moved the polls significantly in Obama’s direction. Democrats appear to be apporaching that point at which Pete Da Tech Guy likes to invoke the famous words of General Sheridan yelled to his cavalry: “Ride right through them — they’re demoralized as hell!”

The title of his post? They’re Demoralized as hell

Between his piece, the Rubin piece he referenced and Glenn’s remark in his Instalanche quoting me…

“They aren’t spending their money in the middle of summer in the hopes of defining Romney to an audience that isn’t paying attention, they are spending the money NOW to keep their poll numbers from collapsing prior to the fall campaign season. This isn’t about getting ahead, it’s about treading water long enough for something ANYTHING to come along and save them.” Perhaps the horse will learn to sing.

…I think people might finally be figuring out that the emperor has no clothes.

Jim Geraghty asks why so many pollsters Oversample Democrats? That’s because the purpose of the poll is not to inform, it’s to create a narrative of victory and frankly it because they have so little confidence in their actual beliefs.

Oh and Hotair Headlines calls this the “Latest pollster fad”? Fad? This has been going on for years

Some blogger is referring to Kate Upton as “fat Piggie”. Hey you don’t know from fat, take it from a Fat guy with two fat sons, I know Fat, Kate Upton isn’t fat. I’d still throw her out of bed, if I didn’t the wife would kill me if she didn’t die of shock her last words being: “You’ve GOT to be kidding.”

I remember when Comic Con was just a convention for geeks like me. These days it’s become big and and apparently Carrie Fisher and William Shatner are using the occasion to start feuding again over Star Trek vs Star Wars. My thought, they are different animals, I prefer Trek to Star Wars, but neither can hold a candle to Doctor Who and I tweeted that out

.@CarrieFFisher & .@WilliamShatner may feud on #starwars vs #startrek but #doctorwho came first & is better PERIOD!

@DaTechGuyblog @carrieffisher In 1966, no one in the US had heard of the good Doctor so I beg to differ on the opinion that WHO came first.

Interviewing congressmen, senators, governors and the next president of the US that’s great, getting tweeted by Shatner, now THAT’s Cool.

As I said that day..Jonah Goldberg eat your heart out.

Speaking of Jonah, last week I was on a Blogger Panel with him talking about his new book The Tyranny of Cliches. Here is a clip from the event

I interviewed him after the fact as well.

You can buy Jonah’s book here

My thanks to Michael Graham of 96.9 WTKK for inviting me even though I still owe him a steak dinner.

Either the driver doesn’t read any conservative outlet and is thus unaware of Warren’s indian scandal or some dems simply have no sense of irony.

Oh and I know the shot is blurry, I shot it while driving 50+ MPH on route 2 heading east. Most unhealthy of me.

A Dr. Mercola believes he knows something that is less healthy, those drug ads that we are bombarded with lately

It’s a marketing bonanza that’s turned America into a medicated mass of people who’ve been brain-washed into thinking that taking pills will make everything better―even for ailments you might not have. But it’s a brilliant move for Big Pharma, who has now turned the consumer into their very own sales rep, and a persuasive one at that.

I disagree, when I see those ads it seems that they all contain a list of side effects so horrible and unending that if I had the ailment the advertised drugs were treating I’d still with the aches and pains I’m used to.

The online site Digg sold for $500,000 a huge drop from the amount invested in the company. I’ve noticed it has been on the receiving end of a lot of grief over this drop in revenue ,but let me give you two graphics that can put this in perspective 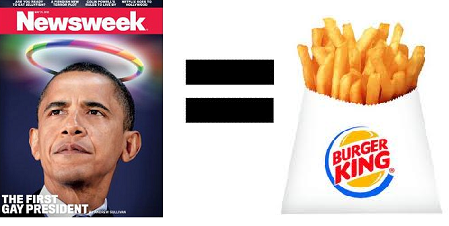 In Fl-9 Mark Oxner is running an ad that deals with Success:

If Florida chooses Alan Grayson over Oxner it deserves all it gets from him.

Had an amazing guest this week. I interviewed author Eugene Walton author of African Immigrants & African Americans community or conflict which talks about the rift between Blacks who came from Africa in the last 50 years who he refers to as immigrants and black American descended from slaves who he refers to as “descendants”. There is an incredible quote from the volume:

African immigrants want no “community” with African Americans because their attitudes toward the Descendants are so negative as to make such a relationship incompatible and highly unlikely. After all, who wants “community” with “lazy losers who didn‘t take advantage of opportunities,” who are unpredictable and violent– whose association represents only downward assimilation?

Apparently this is an issue slowing boiling in the Black community that nobody is talking about.

Alvin Chambliss, a retired law professor at Texas Southern University and lifelong members of the NAACP, blamed Obama’s advisers — particularly Valerie Jarrett — for his decision not to show up, echoing a common complaint here about the people in the president’s inner circle. Chambliss, who called the president’s absence “a downer,” said Jarrett is too afraid of Obama becoming defined by his race, and has led him to take his African-American supporters for granted.

“I don’t think there’s anyone around the president who’s really, truly from the black community,”

DaTechGuy on DaRadio was the first radio show to host Dr. Walton as he promotes his book. It must be a popular destination since I can’t go 24 hours without several e-mails offering to provide me with authors, experts and assorted guests to appear on the show.

I guess that’s a sign I’m making it. Of course when I can’t go a day without a call asking me to carry ads on the show then I’ll KNOW I’ve made it…