Under the Fedora: Obama’s Bad Week

To say last week has been a bad for the Obama administration sounds a lot like Noah’s wife complaining about what the rain is doing to her herb garden.

But of all the news the campaign has seen nothing compares with the results of the PPP poll out of North Carolina where 20% of the Black community has declared they will be voting for Mitt Romney.

It can not be overstated how important this is, not so much in terms of the raw vote, but in terms of the symbolism.  It’s one thing for Black America to say something like this in private (al la Barbershop) it’s quite another thing for people to say it in a public poll.

If this spreads beyond North Carolina the results for the Democrat party will be cataclysmic.

At National review Maggie Gallagher believes she knows the reason:

few Republicans have ever won that share of the black vote even when times were tough. A lot of black pastors are pretty upset with President Obama for endorsing gay marriage (see the Coalition for African American Pastors new petition), and it looks like some of their flocks are as well.

I suspect there are a lot of Black Americans who would have liked to walk away from the Democrat party and Barack Obama but did not want to risk the backlash from their community.  Gay Marriage is apparently enough of a deal breaker to change the equation.  And the Latest from Gallup suggests this is not isolated to North Carolina:

Obama’s support among registered voters today is 46%, five points below what it was nearly four years ago. Whites’ support is down slightly more, six points, from 44% to 38%.

Obama’s support among blacks, while still overwhelming, has also dipped four points from 91% to 87%.

If you give someone an excuse to do what they really want to they’ll take it.

One more thought on this subject, even with these numbers 4 out of 5 black voters in NC and almost 9 out of 10 nationwide are currently sticking with Barack Obama.

If four out of five white voters declared they were voting for Mitt Romney the media would be awash with stories of racism in America.  Yet on a regular basis Black voters have supported black candidates by margins far beyond 80% in majority black districts with nary a peep.

Via Israel Matzav & Legal Insurrection we see the President’s numbers  are apparently dropping in more than just the Black community:

The poll, conducted by Siena College, finds that currently President Obama has the support of 51 percent of Jewish voters, while 43 percent are opposed to him. Five percent are undecided. That means, Obama’s lead among Jewish voters is at 8 percentage points.

Previously, in Siena’s May poll, Obama had the support 62 percent of Jewish New Yorkers, while 32 percent opposed him. That means, last month, Obama’s lead among this group of voters was at a strong 30 percentage points.

Ronald Reagan has been in the news again lately, Jeb Bush has suggested that the Reagan would not be welcome in today’s Republican party.  He seems to forget that he belongs to the same faction of the Republican party that didn’t welcome Reagan when he ran in the first place as SE Cupp reminds us:

Even more interesting is the MSM jumping on Jeb Bush’s statements considering that nobody hated Ronald Reagan more than the media.  It is a source of considerable embarrassment that his popularity with the public so great they are required to pay him homage in death when they would rather express the contempt that they actually feel, and gladly expressed all during his life.

A bit back I talked about Robert Caro’s 4th Book in his Lyndon Johnson series, The Passage of Power.  When Joe Scarborough of MSNBC’s Morning Joe remarked on Governor Bush’s statements and excoriated the GOP for not compromising with Democrats it reminded me of something I read in Caro’s First book in the series:  The Path to Power concerning Sam Rayburn:

He would never ask a man to do anything against his own interests. “A Congressman’s first duty is to get re-elected” he would say and he would advice young Congressmen: “Always vote your district.”

Joe Scarborough is a smart guy but these freshmen GOP congressmen and women know who elected them and they aren’t about to take the advice of an MSNBC host over Sam Rayburn’s on how to function in congress, at least not if they have any sense.

One of those Freshmen members of congress is Ann Marie Buerkle this week she has coe under attack by her old friends at the Syracuse Post Standard are after her again devoting over 40 paragraphs to play with her words concerning Obamacare.

Now any paper that had the winning candidate 11 points down 10 days before an election isn’t all that reliable, but their use of politifact to attack her brought to mind something I said back I this space last year when the left was excoriating them for their choice of the “Lie of the Year”

Politfact might be shocked to discover that only radical islam is tougher on religious apostates than Liberalism but they should not fear, as the election gets closer and the left decides they need them they will forgive just as long as they provide fodder for their blogs.

And right on cue as soon as the left needs them, they are a reliable source again, just as if nothing had ever happened.

Congresswoman Buerkle’s site if you want to help her re-election efforts in NY is here.

Ann Marie was also among the list of 80+ members of congress that signed a letter to the Attorney General concerning SWATTING.  Strangely enough there is not a single Democrat on the list of names even though Brett Kimberlin now claims to have been Swatted himself and the Velvet Underground is now offering a $10k reward for information leading to the conviction of the Swatter.  Lee Stranaham almost immediately debunked Kimberlin’s claim by checking with the Montgomomery County Maryland public information office but my reaction to this nonsense was more along the lines of the comedy it is advice is superior to Sam Rayburn’s

Robert Stacy McCain however who is nearing his 40th story on the subject is not but asking questions:

It is the answer to the last question that is most important and is the reason why the swatter had better decide to turn State’s evidence fast, because in January when he have a different administration this is going to come out and the results won’t be pretty.

On June 9th I attended one of the 160 Stand up for Religious freedom rallies that took place all over the nation.  Mine took place at a location known as Carter Park where Leominster’s Minutemen marched from. 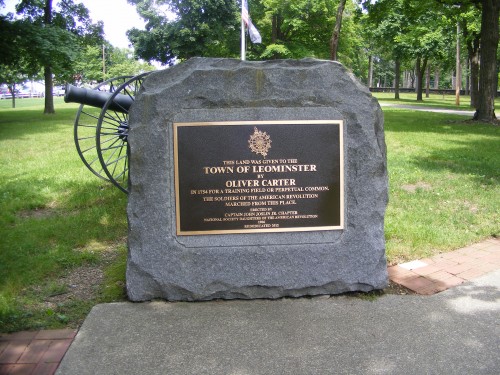 Of the speakers the most moving was the person hardest to understand.  Fr. Thien Nguyen of St. Leo’s Parish just across the street from the park

He talked about his home country of Vietnam and how religious freedom was repressed there. Any religious expression confined to the churches itself, with priests not even allowed to wear their collars in public. What really struck me was how sees the same thing happening here. It reminded me of Claira Csiong

Have you noticed that unlike people in the MSM folks who have actually lived under socialism have no problem seeing Obama as a socialist? Finally this week is a week of events for my family and friends. My wife and I met a friend of mine that I haven’t seen for a year for a pleasant dinner. I have a son who is having his high school graduation party Sunday and after this week’s show I’ll be attending the wedding of my wife’s best friend’s daughter. There are times when we get so wrapped up with the political side of life that we forget to actually live it. All of those things we talk about are important, but never let yourself get so wrapped up into things or so angry about stuff that you forget to enjoy the small things that life has to offer. After you send out that angry letter to the editor and tweet out the link to this post, do what I did this week. Take your spouse to a little ice cream stand in the country (or something similar wherever you are) and simply sit and enjoy each other’s company. Or if you are alone find something beautiful and green like the first hint of the new grapes on the vine: 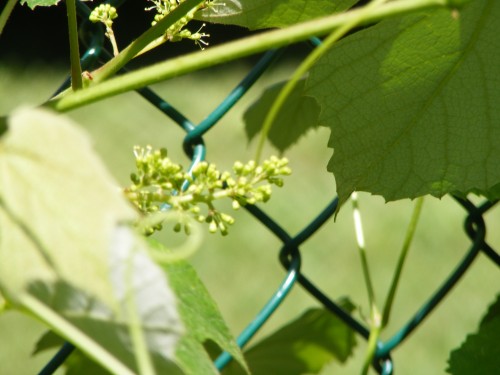 Life is short, remember to enjoy it.