Home / Uncategorized / Under the Fedora: Gotta Love that Media

Under the Fedora: Gotta Love that Media

Have you read anywhere in the MSM about the two French Police Women shot and killed this week or the Pakistani pop singer who defied the Taliban shot dead?

If you haven’t odds are you are getting all your news from the MSM.

We have passed the one month mark for the Kimberlin stuff,  and the story continues to progress, as Stacy McCain continues to break news

Since the last time we visited Stacy has written the following posts on the subject:

They say sunlight is the best disinfectant, by that standard Stacy is a twin sun and his latest post on the subject raises an important point:

Of course, Rauhauser scrubbed all the other stuff — including his “as yet unfiled civil action” against @Zapem — which is one of his remarkably consistent habits: Every time people start taking an interest in whatever madness Neal has been doing lately, he begins deleting files, closing accounts, etc.

The guy’s deleted more Web content than most people have ever created, and why? Consciousness of guilt. Rauhauser’s obsession with secrecy is consistent with his habit of deleting anything that anyone might employ as evidence that he’s up to no good.

There are now, thousands to tens of thousands of people who had no idea who Brett Kimberlin & Neal Rauhauser et/al were 60 days ago. They do today due to the now nomadic Robert Stacy McCain.

As Glenn Reynolds put it:

REALLY, IT WAS A BIG MISTAKE TO screw with Stacy McCain. Which should have been obvious to anyone with a brain, ya know?

Now the MSM has done it’s best to ignore these posts and developments but slowly but surely they continue to creep into the mainstream.  A little bit of that creeping took place on Monday at the Nashua (NH) Federated Republican Women’s Club as Senator Kelly Ayotte (R-NH), Answered a question  on the Subject of Swatting

And Charlie Bass (R-NH) also commented on the subject

Oh and at Right Online Some woman named Sarah Palin spoke out on the same subject.

The New media will continue to inform the people while the old media remain in its plastic bubble. In an internet age that simply isn’t going to work.

BTW take a closer look at the base post about that Republican’s women’s club, it might seem a very small local affair but it is those ladies and the grass roots work they do that every successful political campaign is based on. 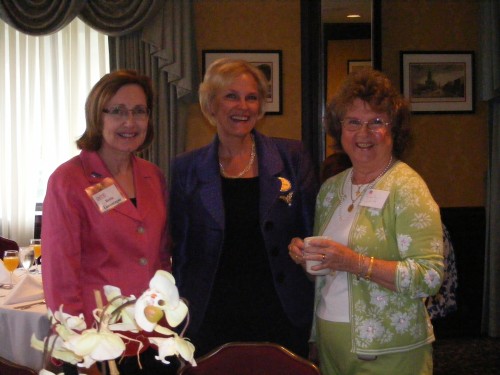 If they didn’t do it, who would?

BTW on the lighter side there were some wonderful young ladies, to whom I would like to introduce my sons, who sang the national anthem. Unlike most such events they sang the first AND last verse

of course according to our democrat friends they are victims of the GOP war on women.  Yeah right.

Meanwhile while the new media continue to break the Kimberlin story the old media are acting like…The old media:

Today it’s being widely reported that Romney had a moment were he was amazed at the existence of WAWAs, a convenience/gas store, and the electronic touchtone ordering of sandwiches. They have spun this to make it seem like he’s out of touch – BUT THE VIDEO IS EDITED DECEPTIVELY:

In actuality, Mitt was contrasting the ridiculous over-regulation of the public sector, with the efficiency of the private sector, and used the electronic ordering system at WAWAs as an example – here’s the FULL video from a Ron Paulestinian in the crowd:

The blogger in question Sooper Mexican is backed up by that well known bastion of conservatism Politico.  And how did MSNBC react to this, lets say it was underwhelming:

She failed to acknowledge what the “criticism” entailed; she neglected to point out how the editing misrepresented the event being covered; and she offered nothing resembling an apology or an admission of responsibility for something that was, as a matter of fact, irresponsible.

I’m tired.  Truly.  I’ve grown weary of trying to defend the indefensible and explain the inexplicable.  For years, people have stomped their feet and pounded their fists and snorted “Liberal media bias!” and I’ve always tut-tutted and shooshed them and said, “No, no.  Calm down.  They meant well.  It was just a misunderstanding.  A mistake.  These things happen.”  I spent over 25 years working in the oft-reviled Mainstream Media and I saw up close and personal how the sausage was made.   I knew the people who wielded the knives and wore the aprons, and could vouch (most of the time, anyway) for their good intentions.

Forget it. I’m done.  You deserve what they’re saying about you.  It’s earned.

Gee after that performance is it any wonder that Senator Scott Brown isn’t all that anxious to do an MSNBC debate?

Brown accepted an invitation to debate Warren at the Edward M. Kennedy Institute yesterday, but said he had two conditions. He wanted the event to be sponsored by local media instead of MSNBC, and he wanted Vicki Kennedy to refrain from endorsing a candidate.

Gee a debate at the Edward Kennedy Institute hosted by MSNBC, I can’t see why any Republican might suspect it of bias.

While the left is jumping all over this as a sign of weakness I see just the opposite.  If you’ve got a sitting GOP senator unfazed by incurring the inevitable media wrath of the MSM in Massachusetts that tells you where this election is going almost as much as Former Obama Administration Official Elizabeth Warren getting spooked by conservative bloggers.

Or having to pay demonstrators to heckle Mitt Romney.

Polls are useful but actions speak a whole lot louder.

Speaking of actions in Massachusetts there is a new proposal by rep Carl Sciortino to add a .01 a mile tax to all cars registered in Massachusetts.  Michael Graham was ballistic over it on the radio yesterday.  I’m upset as well.  If passed this will drive up the cost of every single product sold in Massachusetts, period.  As Howie Carr put it:

Suppose you own a trucking company in Massachusetts. Or you employ a fleet of salespeople who spend the week driving from one appointment to the next. If you have to expand, do you think you’d be more inclined to look in Massachusetts or New Hampshire, where the Vehicle Miles Traveled Fee is “only” zero?

This doesn’t speak well of our legislature, (or as it’s known, the general court) but it speaks even more ill of our voters.

Think about it, how little do the entrenched democrats in Boston fear the electorate if they are willing to push this during an election year?

If we continue to elect these guys we deserve everything we get from them.

Yesterday there was an interesting move at the pathos site.  Leah Libresco has moved from the Athiest section of the site to the Catholic section.  There is a very interesting moment that brought this to a head.

I’ve heard some explanations that try to bake morality into the natural world by reaching for evolutionary psychology.  They argue that moral dispositions are evolutionarily triumphant over selfishness, or they talk about group selection, or something else.  Usually, these proposed solutions radically misunderstand a) evolution b) moral philosophy or c) both.  I didn’t think the answer was there.  My friend pressed me to stop beating up on other people’s explanations and offer one of my own.

“You must have some idea.”

“I don’t know.  I’ve got nothing.  I guess Morality just loves me or something.”

It turns out I did.

On father’s day I had a big debate with an agnostic and a Lutheran concerning the Catholic Church.  In terms of the existence of Christ as God my agnostic friend is mulling over this argument that I first heard from my Pastor

We see Jesus killed. We have a group of followers of Jesus scattered. It’s apparently all over. The established power of Rome and the elders of Israel have finished him. He would be rejected by both the established religious and civil authorities.

Now lets look at what happens within a period of time these followers of Christ are not only back but are standing up to established authority even to the point of death. We see all but one of the disciples of Christ killed violently.

Again remember the time and place. Something has convinced a group of early 1st century Jews in a society that rejects non-conformity that they will not only challenge the established religious law but the power and majesty of the Roman empire.

Logically something pretty damn impressive had to turn a bunch of guys fleeing to people unafraid of death and disgrace.

I noticed my friend in the Lutheran Church’s argument against Catholicism was almost wholly based on the scandal of the last decade and a bad experience an uncle had with the church.  I see a lot of that, however I rarely see an argument based on study, but for all of those who say:  The Church did this or the church did that let me leave you with a quote from Fr. Z’s blog that was just spectacular.

Among the apostles one out of twelve betrayed, and today among the successors of the apostles the average is certainly no better.

This has been a pretty heavy under the fedora, so lets close with Ice Cream 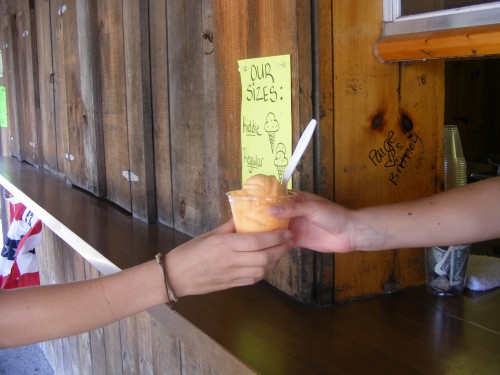 That cup is from Cherry Hill Ice Cream in Lunenburg Mass.  I suggest at least one dose weekly, just like Under the Fedora.