Home / Uncategorized / Under the Fedora, Courage, Movies, and Crafts

Under the Fedora, Courage, Movies, and Crafts

The fallout from Mitt Romney’s performance in Wednesday’s presidential debate continues to grow as even the farthest left of our populace are unable to deny the president horrible performance, but have come up with creative excuses for it to the point where those excuses have become a source of comedy.

But few people have talked about why Romney did so well.  There is a post at Hennessy’s view that details five categories where Romney excelled:

Command of the Facts

“It’s boring enough when they’re talking about all this and how it will affect Americans, but when you’re sitting there trying to pull comedy out of it, it’s really bad,” Mr. Meyers said. “There were people on Twitter saying: ‘You must be really happy, there’s so much in this debate. This is writing itself.’ I was like: what debate are you watching?”

Seriously, guys who actually write comedy for a living didn’t have material to use?  It was hard to write?

And note what clip was actually written.  You have Mitt Romney telling saying “I killed Osama Bin Laden” and Obama distracted by anniversary gifts.  The premise being: “Romney is a blatant liar and Obama didn’t call him out.”

There are funny conservatives out there, but until & unless they hit it big, they are as closeted as a Jew in 1943 Berlin.  (Or maybe not, is it just me or do I see celeb after celeb coming out for Romney lately?)

Even more interesting is the premise of the entire NYT article.  Of COURSE it would be hard to come up with such a sketch.

Of course Clint Eastwood beat them all to it.

You know when I saw that image I presumed it was a parody.  I just couldn’t believe the New Yorker had the guts to do it.

The cover worked btw because while everyone knew it was true many of the elites would not dare say it in public out of fear.

Speaking of telling the truth without fear we have heard over and over about the courage of people like Madonna unafraid to shock the establishment and establishment religion.  Apparently there are limits to such courage

The 54-year-old singer was planning to don a 'Terror Bride' outfit – a combination of a traditional Iraqi bridal veil and a US soldier's uniform – in the video for upcoming single 'Superstar' as a statement against oppression against women and war, but her advisers convinced her to ditch the political stunt because of the outrage it would be likely to cause.

A source said: ''Madonna had the outfit ready to go. She was really proud of it and said it was her 'Terror Bride' costume.

''She had paraded around in it and said she was going to wear it in her next music video.

''At first when people started telling her it was madness she just brushed it off.

''But when they mentioned that her actions could put her life at risk she decided to ditch it from her video and certainly won't be wearing it on stage.''

Imagine the outrage if fear of Christian retaliation had kept her from making the video “Like a Prayer.  The media would be non stop in it’s condemnation.

for my money they are not only braver than Madonna, but are all sexier too, well except for Robert….

That call in the Braves Cardinals game on the infield fly was one of the worst calls I’ve seen in a playoff game since 1985 when a blown call at first cost St. Louis the series.  I guess the laws of probability took nearly three decades to even things out for the Cards.

They’re still going to have a tough time vs Washington.

There are under 30 days to the election and with Scott Brown running in Massachusetts and New Hampshire as a swing state you can’t turn on any media in my house without running into a political ad…except on my show or blog.

Maybe it’s sour grapes on my part because I’m living hand to mouth in the Obama Years but you would think with a blog ranked as of this writing #192441 worldwide and #31848 nationally and with a Radio show 98 weeks old on a 50,000 watt Radio station broadcasting from the second largest city in New England might be of interest as an advertising platform to SOMEONE.

It’s kind of disheartening when you are trying to make it as a business.

Speaking of Scott Brown one of the things I’ve argued to people on the right who are upset with him as the candidate is the idea he the choice is not between Scott Brown & Ronald Regan or Scott Brown vs Sarah Palin but Scott Brown vs Elizabeth Warren.

Many of my friends on the right think it’s our job to nominate the most conservative candidate we can.  I’d like that too but before we can even think of doing that we have a more important task.  We need to change the minds of our fellow citizens so they will VOTE for a more conservative candidate.

That should be job 1 for the GOP in a state like Massachusetts and if we don’t make that case Republicans will be holding their noses come election day in this state forever.

Yeah it’s not sexy, but it’s how you win in the long run.

Saw Taken 2 this weekend with the wife and my youngest.  It was pretty good, I particularly liked the character of the daughter showing the effects of her traumatic experience from the first movie.  I also liked the quick cuts, it makes it easier to simulate fast action, (my wife disagreed here).

The picture still reminds me of Big Jake, when I see Neeson speak I still hear John Wayne in Big Jake saying:

I suspect the movie will do very well at the box office,  it’s a perfect date move, the guy likes the action and DaWife thinks Liam Neeson is hot.  Maybe I should ask her opinion on Robert Spencer, but she doesn’t like beards.

The makes say on IMDB there will be no 3rd movie, I wonder if the box office might change their minds?

I did my show live from the American Products store in Cherry Valley last Saturday,  a dealer set up there had what I thought was the absolutely coolest Halloween item ever 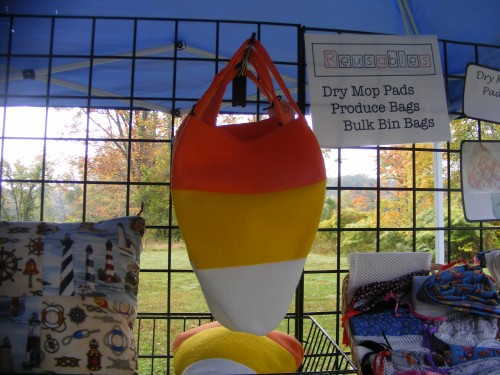 Here is a closer look at her stuff.

Isn’t that just America though  a woman at home raising her kids comes up with some ideas and it becomes a business.  I’ll be she could sell 50,000 of those candy corn Halloween Candy Bags every year if people knew about them.  (you can order them here)

Speaking of magnificent, if it’s under 10 days to my 100th show brunch and live broadcast at Lago’s restaurant.  If you are in driving distance from Worcester click here to reserve a spot free.  If you want evidence that you should come here is exhibit A 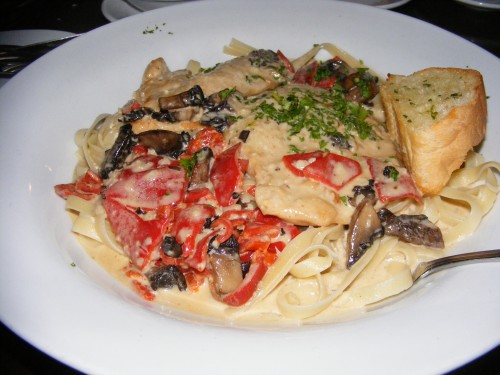 Even if you are on the left and disagree with me, this place’s food is worth the trip, particularly if it’s on me.

See you next week