Home / Uncategorized / Under the Fedora Boston, Nudity & Tom Baker as the 4th Doctor

Under the Fedora Boston, Nudity & Tom Baker as the 4th Doctor

The Debate is still going on about the “causes” of the Boston attacks but at the UN there is someone who knows what’s going on :

UN Human Rights Council “expert” Richard Falk has published a statement saying Bostonians got what they deserved in last week’s terror attack. He quotes W.H. Auden to make his point: “to whom evil is done/do evil in return.”

Richard Falk is the UN’s “Special Rapporteur on the situation of human rights in the Palestinian territories occupied since 1967.” He has held the post since 2008, despite exposure as a 9/11 conspiracy theorist.

Yid with lid is not surprised:

Falk is a big believer in “human rights”, who called the Ayatollah Khomeini a liberator. He blames Islamofacist terror on the fact that much of Islam “finds itself under the heels of U.S. economic, military, cultural, and diplomatic power.” (Well at least that is cleared up). Falk is also a member of a lawyers organization that the CIA once called a “front” for the Soviet Union and just like Rosie O’Donnell is a member of groups who are still waiting for the “real” story of 9/11.

Me I think if this is all the US’s fault, and the Palestinians believe this, after all their special rapporteur is saying this publicly, they certainly don’t want any of our dirty money. In fact if the UN feels the same, we should be duty bound to keep the cash so they aren’t contaminated by it.

It’s a big sacrifice but we’ll do it for them.

We are still hearing about the Poem for Dzhokhar from the once completely unknown Amander Plummer. People are outraged over empathy for the bomber.

I’ve read the poem, I think the only connection to the bomber is the title. I think this woman was looking for attention and suckered a lot of people into giving it to her.

Yesterday the AP was hacked and a fake headline stating a bombing took place at the White House injuring the president was tweeted out. This confirms a basic lesson that is the same anywhere. Your passwords are only as secure as the most careless person who knows them.

The stock market briefly tanked before this was caught. I’ve never understood this, let’s say this was true, who calls there broker in a panic saying: The White House has been bombed! Sell 10,000 shares of Gerber baby foods!

I wonder how much of this is programmed.

Here is a story that is getting no play at all:

Iraq carried out its first election since the U.S. military withdrawal without major bloodshed on Saturday in a major test for Iraqi security forces as they face a reviving al-Qaida insurgency.

Granted there has been a lot of stuff in the news this last week but I’d think the first election in Iraq without us going without a hitch is a big deal.

If Iraq continues to normalize it will continue to be a non-story, after all who wants to blame George Bush for a successful state as opposed to a basket case like Egypt?

Bush is clearly the best president of the 21st century, granted there are only two choices unless you count Bill Clinton’s 19 lame duck days. I suspect as time passes he will be harder to dislodge that people think.

Marcum has said that he was arrested on charges of disrupting an educational process and obstructing an officer, though White said Monday that the Logan County prosecutor’s office is reviewing the case to decide whether to proceed.

Marcum wore the same shirt to school Monday. It displays the NRA logo and a hunting rifle.

Other students across Logan County wore similar shirts, which display the NRA logo and a hunting rifle, to school in a show of support for 14-year-old Jared Marcum, said his lawyer Ben White.

This is exactly how you deal with this kind of thing. As a British Admiral named Blake once said: “Cringing to these fellows will never do.”

There are two sex scandal stories out there this week the first has a political angle:

This guy is a former intern to Paul Ryan, personally I wouldn’t have thought people would have fallen for this but apparently this stuff is more common than you think.

There is a lesson here about the perils of the digital age: Anything you put on the Web — even uploaded to private accounts — can be accessed, if someone with enough skills really wants to get to it bad enough. And naked pictures? Yeah, don’t do those. Ever. Because that boyfriend you’re sending them to may not be your boyfriend forever.

The second comes from Lowell and involves a Buddhist Monk

The woman shown having sex with a Buddhist monk in a video recently circulated in the Cambodian community has filed a civil lawsuit against five individuals she alleges illegally distributed the tape.

Taping of the voice and actions of a private person without permission in Massachusetts and distributing them is illegal, which Maya Men highlights in her suit.

Among those Men has sued following the release of the tape of her sexually engaging with the Venerable Nhem Kimteng are another local monk and a former member of the executive committee for the $10 million Lowell temple project Men is helping lead.

Kimteng and Men were filmed in the Trairatanaram Temple in North Chelmsford.

Why do I have the feeling that if this involved a Catholic Priests instead of Buddhist monks it would be a front page headline in the Globe and all over the MSM?

Some sports? Remember before the Baseball season began everyone was picking the Redsox & Yankees to finish 4th & 5th in the AL East? As of this morning The Red Sox are in a 1st place tie & the Yankees are a whole ½ game out.

As they say, that’s why they actually play the games.

I’m still not used to the Houston Astros in the AL but I’m sure the 4 other teams in the AL West currently ahead of them are happy to see them there.

This is THE best time of the year for sports, Baseball, Hockey & Basketball all being played at once. One might make the point that Nov & Dec you have three major sports played at once too but if one of them isn’t Baseball it doesn’t count.

I’ve talked about the number of Electoral votes Massachusetts has lost in my lifetime (5) if you want to get a good idea where all those votes went, check the attendance figures when the Red Sox come to town when they play in Red States.

Watched High Noon Yesterday it really holds up over time and the cast is simply out of this world. While Gary Cooper & Grace Kelly get top billing to me the most interesting moments are the scenes between Lloyd Bridges & Katy Jurado.

Until I looked it up I would have never known that Juardo was only 28 at the time. She carries herself much older and you would never guess Lloyd Bridges was a full 9 years older than her.

Movies are all about the art of illusion.

Shakespeare’s birthday was this week. It’s become fashionable to devalue his plays but let’s face it, how many playwrights still have their plays performed regularly 400+ years after their birth. In fact I don’t think you can find a day in the last 50 years when a play of Shakespeare was not performed in some theater somewhere in the world. 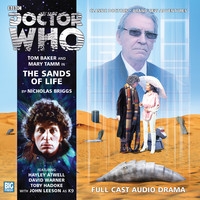 Finally This week’s is the 4th of the Doctor Who 50th anniversary specials on BBC America. The subject is 4th Doctor Tom Baker the Doctor Who most familiar to Americans before the revival of the series.

Tom Baker’s complete with 12’-18’ scarf is THE definitive Doctor. He held the role for 7 years got the show it’s best ratings and is regularly voted the best Doctor ever by the fans (losing only a few time in the last 30 years).

37 years ago I accidentally discovered the show and him on Channel 12 Rhode Island on a Saturday afternoon and have been hooked ever since. In 1981 I got my first credit card in college and used it to buy a VCR for $500, as much as a semester of college at the time, to tape the show regularly off of public TV. I still have the tapes and on occasion my sons & I watch them together on a $20 VCR.

If you watch only one of the specials, watch this one.

See you next week.