Under the Fedora Angry liberals, Bow NH, and Ichrio

You know I often wonder if the president would be less uptight if he didn’t have his mother in law living with him.

At a protest against Obamacare a group of young men from the Tradition Family and Property Student Action got more than they bargained for when a man knocked over their flag bearer and prepared to start swinging while they were praying the Rosary.

Boy! Protesting Obamacare, Praying and not just praying , praying the Rosary talk about the trifecta to get the a person of the left’s knickers in a twist.

The left has set it sights on Chick-fil-A for daring DARING to support groups that favor marriage, you know marriage as it’s been defined forever until a few years ago.

The Muppet people have pulled away from them and a boycott is to be expected, but I suspect it will be more painful for them than for Chick-fil-a. The left already had it in for them for daring to close on Sunday’s in obedience to the commandment so it is unlikely to cost them any customers they didn’t already lose, meanwhile faithful Christians tend to have a lot of children and they will remember the Henson company’s move long after this has gone off the front page.

As for Chick-fil-A none of this likely bothers them, as people who wear their Christianity on their sleeve they know what scripture says:

Blessed are they who are persecuted for the sake of righteousness, for theirs is the kingdom of heaven. Blessed are you when they insult you and persecute you and utter every kind of evil against you (falsely) because of me. Rejoice and be glad, for your reward will be great in heaven. Thus they persecuted the prophets who were before you.  Matthew 5:10-12

Nobody likes to be leaned on, but both the Chick-Fil-A crowd and the Student Group above understand the rewards that come of it.

Meanwhile back in the race for president the White House is still reeling from the fallout from the President’s Virginia Speech. Only the horrible events in Colorado has given the President’s campaign a breather to figure out what to do.

The most interesting thing about the issue was how long it took the MSM and the left to figure out this was going to be an actual problem. That lack of recognition says as much about their belief system than what the president did.

I was in Bow NH the day of the Shooting to Cover Mitt Romney, what had been planned as a Red Meat event turned into a memorial for the dead. After a short speech Gov Romney, Senator Ayotte and Fr. Christian Tutor who gave the opening prayer lined up at the exit and personally thanked each attendee for coming.

I also spoke to Fr. Tutor when the line was completed

And to one of he attendees

The most important take away from the event was Romney carried himself very presidentially.

Barack Obama has actually done a pretty good job on the Colorado killings. Likely the best job he’s done on any issue in a whlle.

That’s a good thing, I’d rather have the president do the right thing.

Speaking of the right thing apparently several men died protecting their women in Aurora. They are being hailed as heroes.

I want to know why feminists and people who cry about the equality of women are not screaming in anger? Why shouldn’t the women be jumping in front of the men. Will Mika complain on Morning Joe that there was a bullet gap?

A lot of people complain about old fashioned chivalry right up until the moment when strong manly men are needed.

Scott Brown has decided to jump all over the Obama “you didn’t build it” bandwagon with an ad so powerful that Media Matters favorite lackey Greg Sergeant called him a liar.

This is going to have a devastating effect in Massachusetts.

Val Prieto of Babalu blog tweeted on the silence of Conservative media concerning the suspicious death of Oswaldo Payá. Unfortunately he is right, tweeted I didn’t write about it until he tweeted that out but Romney did. That says something about Mitt. Something good.

Covered the GOP debate in Ma-3 between Jon Golnik and Tom Weaver Tuesday. 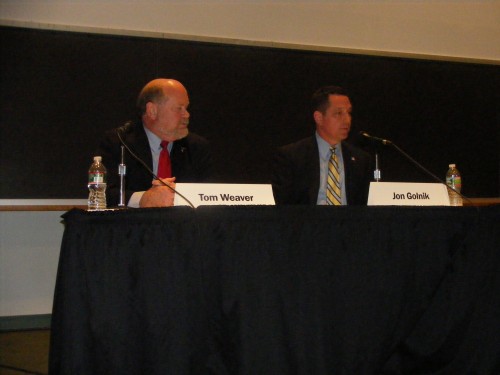 I like both candidates Weaver is likely closer to me on everything except foreign policy but I will have no problem supporting either candidate against Nikki Tsongas. Here is one take on the debate

Brown won this district by 15 points but everyone is ignoring this race due to the money difference. I think this is a real sleeper race and the GOP is foolish to ignore it.
——————————–

I’m not a big college football fan so I’ve not really felt the need to write about the Joe Paterno business, but as everyone else has I’ll say four things:

Some baseball, all is not right in the world, Ichrio, one of my favorite players has been traded to the NY Yankees. His career reminds me of Lefty Grove Ichrio spent years in Japan ruling the roost before he played a game in the majors. Grove didn’t reach the majors for years because the minor league Baltimore Orioles didn’t want to lose the pitcher that led them to championship after championship.

Grove retired with “Only” 300 wins led the A’s to but can arguably be called the greatest pitcher who ever lived.
Ichrio has yet to lead his team to a World Series (although he led Japan to two victories in the World Baseball Classic) and is as of Tuesday at 3:30 is 466 hits away from 3000. (not counting his 1278 hits in Japan). He should be one of the easiest all of fame candidates the voters have ever seen.

He reminds me of Pete Rose in terms of hitting and is only 444 hits behind Rose if you count his hits in Japan.

I never saw Pete Rose play, or Ichrio play in person but if I was building my an all-time team both of them would be on it.

Oh since I brought him up, In my opinion Pete Rose is one of the greatest players ever to play the game and one of the first men you would pick on any team as nobody ever played harder than he did. I also think he should NOT go in the Hall of Fame. Every single day he passed by the sign saying “Bet on Baseball and you are banned” and still did it. Baseball can’t put him in the HOF given that fact.

I see absolutely no contradiction in those two statements.

Oh, one last thing. The list of the top 150 conservative blogs came out this week and for the first time DaTechGuy’s blog made the list at #139. My thanks to all of you who helped make that happen.