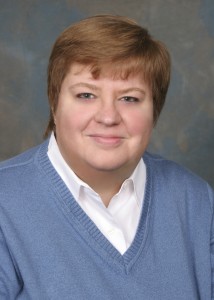 Amy Ridenour (pronounced RIDE – en – our) is chairman of The National Center for Public Policy Research. As the founding chief executive officer, she has since 1982 promoted the conservative perspective on U.S. domestic, foreign and defense policy issues. She frequently speaks on public policy issues and political organizing techniques and has done so across the U.S., in Central America and in Europe.

Ridenour is co-author, with Ryan Balis, of “Shattered Lives: 100 Victims of Government Health Care,” and “Shattered Dreams: 100 Stories of Government Abuse” (editions in 2007 and 2003 with various co-authors), and has written and edited hundreds of papers on public policy issues.
Ridenour is deeply involved in all the programs of the National Center, including its Free Enterprise Project, its work on health care and retirement policies, its work on climate change policy and national security.

Her opinion/editorials have been nationally-syndicated. Her articles have also been independently published hundreds of times by newspapers including the USA Today, the Sacramento Bee, the Dallas Morning News, The Washington Times, the Los Angeles Daily News and many others.

Ridenour has appeared as a guest on radio and television talk shows many hundreds of times, including on the Fox News Channel, CNN, MSNBC and the Comedy Channel and has served as a guest host on a nationally-syndicated talk radio program.

Ridenour served as a member of the board of directors of Black America’s PAC, a political action committee that works to help elect more African-Americans to Congress and other elected office.

Ridenour received the American Hero Award from the National Defense Council Foundation in 1988 and the William Paca Award from the Maryland Republican State Central Committee in 1979. A native of Pittsburgh, she studied economics at the University of Maryland at College Park. She resides in Maryland with her husband, David, and their three children.