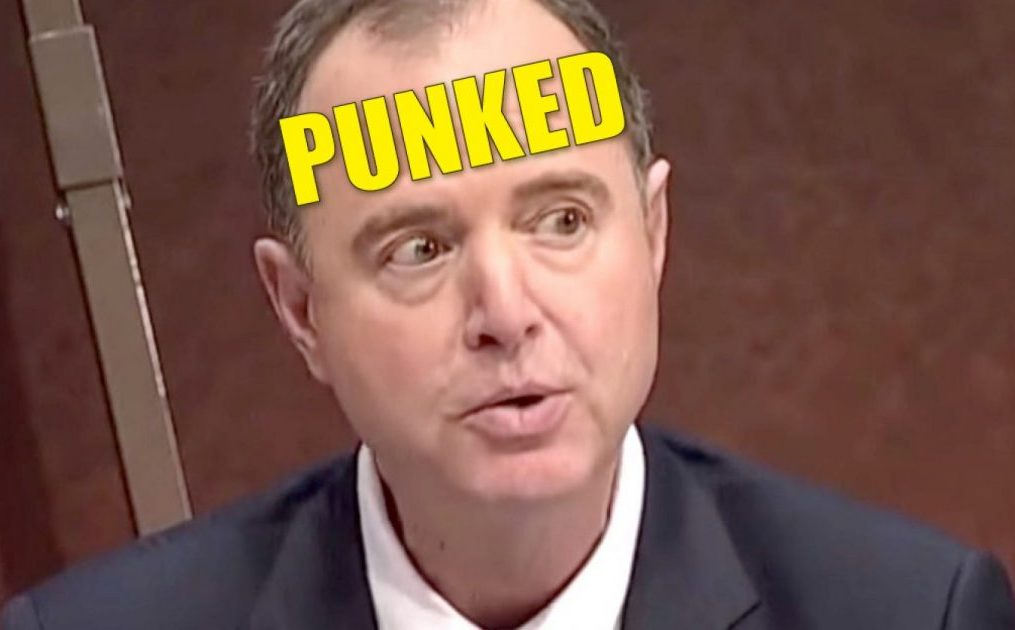 The fact that Schiff fell for this prank is enough that he should step down!

In this audio posted on YouTube by Russian pranksters, Rep. Adam Schiff can be heard discussing claims that the FSB has naked pictures of President Trump. Assume these Russians are involved with intelligence operations.

The Daily Mail reports that Schiff sent his staff to try and collect “classified materials for the FBI” after the prank callers told him Putin has naked blackmail pictures of President Trump.

Schiff can be heard discussing the Russia investigation with a man who claimed to be Andriy Parubiy, the chairman of the Ukrainian Parliament.

The call, made a year ago, was reportedly from two Russian comedians nicknamed ‘Vovan’ and ‘Lexus’ who have become notorious for their phony calls to high-ranking American officials and celebrities, including UN Ambassador Nikki Haley and Elton John. The call was first reported in The Atlantic’s Jan/Feb 2018 issue, where a spokesman for Schiff said: “Before agreeing to take the call, and immediately following it, the committee informed appropriate law-enforcement and security personnel of the conversation, and of our belief that it was probably bogus.”

“There were pictures of naked Trump,” one of the pranksters told Schiff, explaining that they were obtained by Putin’s goddaughter.

Schiff asks: “And the materials you can provide to the committee and to the FBI, would they corroborate this allegation? … So you have recordings… where they’re discussing the compromising material?”

“Obviously we would welcome the chance to get copies of those recordings,” Schiff tells them. “So we will try to work with the FBI to try to figure out how we can take copies of those… I’ll be in touch with the FBI about this, and we’ll make arrangements with your staff. I think it would be best to provide these materials to both our committee and the FBI. We’ll make arrangements between my staff and yours on how to facilitate that.”