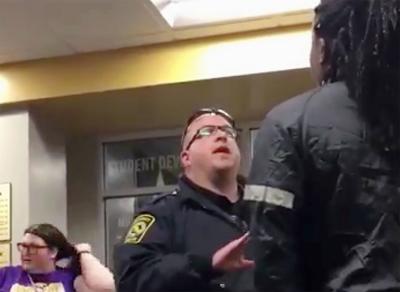 What does the MEGA hat mean to you?

It was a campaign slogan… not referencing “Race” .. but to make American great again.. with low unemployment, job creation and leading the world in manufacturing and tech innovations. Household Income increasing and quality of life. All the things the campaign ran on.. you can debate how much we are or are not better off now than the previous 8 years.

But there is no difference between “Make American Great Again” and “Hope and Change” … both nothing more than campaign slogans.

But the Left and Media as spun one of the biggest propaganda twists and got the Mob Mentality to think it was about Race in an effort to lessen it, make it evil … make it about Race. This is very much Leftest Handbook on how to handle an argument you can’t win.

Accuse the other-side of being Racist. And when the campaign started we had the highest unemployment rate in decades…. average household income had come down, jobs were disappearing and our GDP was in the tank and we were told that we had to accept these as the new numbers.. this is what unemployment will be, that this is what our trade will be. we were told we had to accept that we were no longer the most powerful and influential economy in world.. that we were no longer the world power we once were.

The Then POTUS was actually apologizing for for being America!

So when Candidate Trump launched his campaign he said he wanted to bring those policies.. and enforce (not create) the existing laws.. to bring all those jobs back to the U.S., lower unemployment, make Trade fair and equal. And he has on many levels brought the greatness of America back.

So I look forward to the next Presidential campaign where the slogan would be “Keep America Great” .. because on almost any matrix American is better off today than it was 2, 4 and 8 years ago.

So.. slow your roll… stop buying into the Hate and Con that MEGA means anything else than just that.. and if you see it as Racists, I’m sorry to be the one to tell you. You’ve been conned and in a big way.

And for the people who think it is okay to assault, grab or pour soda over a person wearing a MEGA hat.. you are in the wrong.. you are in idiot .. you are breaking the law.. you have no right to impose your warped sense of justice. Think about what you are doing… you are just so wrong.

If you are so offended.. have a dialogue, calm, rational and free of names and the poison narrative spun (and you swallowed).

PS to the out of control lady in this video.. go right ahead and wear the “Turban”.. and I think you may mean Hijab. They are worn everyday and even the US Congress changed the rules of the House Chamber to allow headgear to be worn to accommodate the wearing of the Hijab since we now have Muslim Female members… you may mean Turban.. which is common among Sikhs, including women. But I’m making the leap here you were thinking of Hijab. 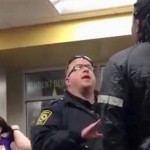