July 29th 2020 – TOFY – Today’s Observation For You – All Protesters are Bad Actors and NO Bad Actors are protesters July 29, 2020 RadioGuyJoe
ArticlesTOFY
joemangijoemangishowwcrnwcrn830AM 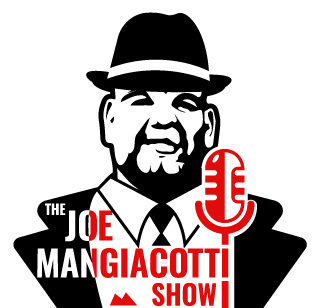 Today’s Observation For You – As I watched the Congressional Hearing on.. well.. everything the Democratic party thought they could score political points from.. with AG William Barr.

First I would have to say, watching AG Barr site there, calm, cool and defiantly collected was like watching a big old bear sitting around watching confused, scared humans while swatting away pesky flies.

We have to remember, Barr used to be considered a brilliant legal mind with integrity and a keen sense of justice and fairness. That was including the first time he was the Attorney General from 1991 to 1993 during the George H. W. Bush administration.

It was also after he was confirmed for positions by the Senate..both Republican and Democrat Senators .. Barr’s service to America has been long and distinguished.. in his early days he worked for the Central Intelligence Agency (CIA)… you know those guys.. they take anyone.. and barely do a background check.

First hired as a summer intern for two years and then in his law school years he was an analyst in the Intelligence Directorate division from 1973 to 1975, and then transitioning to an assistant in the Office of Legislative Counsel and an agency liaison to Congress in the mid 70s

But William Barr did the unthinkable in today’s world of Trump.. he took a position close to POTUS .. a very dangerous endeavor.. and not one for the thin skinned or week minded.

But what the distinguished Congress people forgot, or maybe never really knew.. William P Barr is a man of Law and Order.. a man who puts the Constitution and the equitable and fair treatment of all citizens above any politics or games that are what the beltway is all about.

When his name was first mentioned as the A. G… you could almost hear the collective sigh.. but no worries.. the disinformation and character assignation machine switched gears almost smoothly and without missing a beat.. Barr has to be painted as a Trump stooge, the Personal Attorney for the President.. Someone who was there to do Trump’s bidding.

The Democrat members sitting on that panel didn’t give AG Barr a chance on any occasion to speak. His opening statement.. one that if you did not watch it.. You should… it was the only time… and I mean only time he was allowed to speak uninterrupted. He was asked insulting questions that attacked his motivations, his integrity and his mission. They would throw the disparaging remarks out and then talk over him and cut him off and then scold him like a child.. shouting with all the enthusiasm and infantile muster of a 7 year old.. “this is my time and I control it”

Rep Jim Jordon brought some balance.. but even he was overpowered and scolded, cut off and when he attempted to play a video accurately depicting the goings on in Portland.. the real situation.. the Bad Actors, Antifa and masked criminals setting fires, smashing windows, throwing rocks, bottles and human waste and fluids.. they cut it off.. they did not allow it to be shown.. Clueless Jerry Nadler, the Rep that literally the day before when asked about Portland violence responded that was a “Myth” being spread around Washington… he then sited some rule about having to give 48 hours notice for any vides to be shown.. plenty of time to prevent it.

Why are they and he so afraid of that footage? So afraid of the truth being shown? Because it immediately and positively removes any notion of “Peaceful” protests. Yes, the real group of protesters are peaceful, are there earlier in the day.. they have their signs and slogans and actually know why or at least think they know why they are there.

But those aren’t the ones we are talking about.. those aren’t the ones causing the problem. The MSM and Leftists seem to want to do the same thing with these uprisings as they do with any form of Double Speak.. they employ the Orwellian method of eliminating words, make no distinctions and limit the ability for thought and debate. Then it is easier to control the dialog and steer and shape the perception.. if you can’ t distinguish between a Protester, Antifa and a Bad Actor.. then A equals B and B equals C therefore C must be equal to A …

So we can’t call the violence, the assaults and the targeted attacks on law officers out.. because you are insane to think that Peaceful Protesters don’t have the right to Protest, that they are not protected by the Constitution.

That you cannot use equal and appropriate force or show of force with them. If we could, if we are allowed to make the distinction and respond as we normally would… as all other Industrialized Nations do.. we would deploy and employ traditional time test riot and crowd control techniques on the Bad Actors.. But you see.. no your arresting, pepper spraying and assaulting Protesters .. who are all Moms, Veterans and upstanding citizens… some are ..probably most are..

but not all Protesters are Bad Actors and NO Bad Actors are protesters.. understand that.

So the rude, childlike behavior continued on the Hill … don’t’ think it is? .. when AG Barr asked for a five minute bathroom break.. Chair Nadler grumbled “No”.. denying a Cabinet Member, The sitting Attorney General and man for superior than himself the permission to use the facility? Shameful, embarrassing behavior.. and not just for the Democrats he is representing.. but for the Congress and the country.. you don’t think this was watched all over the world by our allies and enemies?

What is it that the Left hates about Barr and Trump for that matter.. what do they hate about American values?.. Which ideals are they repulsed by? Respect and adherence to the rule of law? Sanctity of our sovereign borders? Respect for individual responsibility, hard work and rewarding achievement? Respect for our Service personal and military.. in short a strong America? .. please share with the rest of the class what it is.
The interesting rope-a-dope being done there.. was the idea that the violence and bad things only happened when the Federal Officers were deployed.

Yes, nothing bad was happening before that.. their arrive caused them to respond with bad behavior? It was like watching Fifty First Dates, you know when Drew Barrymore’s memory is wiped clean every 24 hours and everyday is fresh start.. nothing in her life existed before her waking up that morning. Did the Democratic party suffer the same fate? The month and half of horrific actions didn’t happen.. everyday was a new day.. with no record of incidents.

Then they employ the “it’s the victims fault” defense.. you know it was the women’s fault for wearing those clothes.. they were only bad because the big bad Federal Officers .. not Gestapo or storm Troopers or even military.. they are Civilian Officers.. showed up and that made them do it.. they had no choice, no control they had to attack and for some reason invade Federal Courthouses and property?

Again, Rep Jim Jordan was calling them out, insisting they let AG Barr speak, answer the questions and answer to the accusations hurdled at him.. having to explain to them like they are children.. if you ask a question to someone, you have to let them answer.. pretty much what we learn in Kindergarten.

Rep Ken Buck from Colorado also did a great job.. laying out the Totalitarian handbook.. disarm the citizens, squash Freedom of Speech and salience opposing views.. and then finally institute policies that root out and crush Freedom in every form. Rep Buck pointed out we see this in most Democrat run cities.. we’ve seen these scenarios played out. To further their political ends.

So if you were able to slice the time out of your day and not lose your cool for hours as the Barr inquisition happened.. good on you.. my excuse is it’s part of my job… but the one clear message that you’d take away from this exercise of political malfeasance.. is the members sitting high on their benches looking down at the “witness” on the hot seat, is that they always seem to go into the chamber assuming they are the smartest between the two.. and they are so often so wrong.. When ignorance gets started it knows no bounds (Will Rogers)… something that was so obviously apparent when they gathered the CEOs of Americas Tech and Social Media Platforms.. Google, Facebook, Apple and Amazon.

but that my friends is another Observation for another day