It’s How They Wrote the Law

It’s How They Wrote the Law November 17, 2014 RadioGuyJoe
Uncategorized 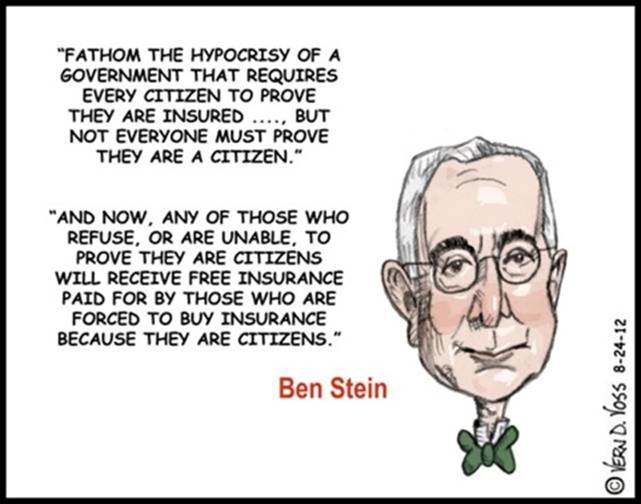 http://www.nationalreview.com/article/392446/its-how-they-wrote-law-editors
The Supreme Court has agreed to hear King v. Burwell, a case that threatens to undermine the basic architecture of Obamacare � if it is decided on what the law actually says rather than on what the Obama administration wishes it would say at any given moment.

The language of the so-called Affordable Care Act is, on this matter at least, straightforward: Health-insurance buyers are eligible to receive subsidies when they buy plans on exchanges set up by the states. The problem for the Obama administration and for congressional Democrats is that the states and their people behave as though they have minds of their own, as though they were something other than administrative subdivisions of the federal government and clients of the Democratic party. As a result, most of the states refused to set up Obamacare exchanges � only 14 of them did so. The White House, flummoxed by this development, had the federal government step in and set up its own exchanges, and then announced � with no legal justification whatsoever � that subsidies would be available on these exchanges, too.

Lest you suspect that we are taking an opportunistically narrow reading of the law, let us revisit the words of Jonathan Gruber, the architect of the Affordable Care Act:

What�s important to remember politically about this is if you�re a state and you don�t set up an exchange, that means your citizens don�t get their tax credits � but your citizens still pay the taxes that support this bill. So you�re essentially saying [to] your citizens you�re going to pay all the taxes to help all the other states in the country. I hope that that�s a blatant enough political reality that states will get their act together and realize there are billions of dollars at stake here in setting up these exchanges. But, you know, once again the politics can get ugly around this.

This isn�t just about subsidies. Obamacare is a carrot-and-stick program: Businesses and individuals are mandated to do certain things, and they receive subsidies when they comply. But if the Americans in those states that refused to set up exchanges are ineligible for subsidies � as the law clearly states � then many of them will become exempt from the insurance mandate, too: Those who are not eligible to receive subsidies are exempt from the mandate when the cost of the least expensive policy exceeds 8 percent of their income. In addition, should a state not establish an exchange, it frees businesses in that state from the fees and regulations imposed by Obamacare�s employer mandate. Competition among states � how quaint.

The Democrats argue that if the Supreme Court insists on the letter of the law, then the results will be absurd. Of course they will: This is an absurd law, a Frankenstein�s monster sewn together from spare parts gathered from the graveyard of big-government health-care schemes. The Democrats passed the Affordable Care Act without a single Republican vote and without Republican input � it says what it says because that is the way they wrote it. Even if Democratic legislators are not very deft at crafting legislation, it is not the responsibility of the Supreme Court to bail them out.

Rather, the responsibility of the Supreme Court is to interpret the law. We have the language of the statute itself and the unambiguous declarations of its leading craftsman to guide us on the subject. There is no plausible case for the Supreme Court to decide in the administration�s favor on this issue.

If that throws open the legal architecture of Obamacare to revision, then that is not an entirely undesirable outcome. A great many congressional Democrats are implicitly aligned with a unified Republican party in recognizing that the Affordable Care Act is in many ways defective. The two parties may not agree on how to go about undoing the damage that the Obama-Pelosi-Reid model of government has inflicted on the American health-care system, but that is why we have elections. John Boehner and Mitch McConnell might remind the president of his own argument: �We won.�