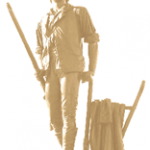 Ever wonder how many of those clamoring for a “millionaires tax” in Massachusetts are themselves willing to pay a few more bucks as their “fair share”?

The answer is, practically none — less than one-twentieth of one percent of Massachusetts taxpayers are voluntarily paying more for … the children … or the infrastructure … or something.

I know this because of that special box on state income tax forms. Checking this box allows the millions of Social Justice Warriors here in Massachusetts to reject paying the 5.1 percent rate favored by evil deplorables, irredeemables, bitter clingers and other assorted Trump voters.

How satisfying it must be for the “woke” among us to virtue-signal by voluntarily paying at the old Dukakis-era rate of 5.85 percent!

Considering recent election returns here, not to mention postings on social media, one would expect that at least two-thirds of the state’s filers would eagerly part with more of their hard-earned wages — er, strike that, Your Honor — I meant to say, the dividends from their trust funds or, if they’re illegal immigrants, their welfare handouts.

Surely these Democrats who endlessly talk the CNN/MSNBC talk would gladly walk the walk.

Actually no, they would not.

According to the state Department of Revenue’s most recent numbers, as of March 31, 2,027,928 income tax returns had been filed in the state and 894 taxpayers had opted to pay at Dukakis’ old 5.85 percent rate.

A new group made up largely of organized labor has formed to oppose a proposed ballot question that would reduce the state sales tax by 20 percent, further solidifying the campaign as one pitting unions against Bay State retailers.

The Save Our Pubic Services Committee warned that reducing the state sales tax from 6.25 percent to 5 percent would eliminate $1.25 billion in annual tax revenues collected by the state, jeopardizing funding for local schools, health programs and roads.

“If the sales tax cut passes, communities will be forced to lay off teachers, police officers, and firefighters. Mental health and addiction treatment programs will close, spending on parks and environmental protection will be cut, and important road and transit construction projects will be delayed for years,” said Deb Fastino, executive director of the Coalition for Social Justice, in a statement.

The ballot question has been pitched by the Retailers Association of Massachusetts.

In addition to competition from online sellers, RAM President Jon Hurst has said small business owners faced added pressure from the state’s earned sick time law and other questions moving toward the ballot to increase the minimum wage to $15 and institute a paid family and medical leave program.

The sales tax cut question, according to Hurst, is a response to multiple policy changes in the offing that could negatively impact retailers.

“Our members, small and large basically need two things to be successful: 1. Higher sales; and 2. Lower costs,” Hurst wrote in a recent email to major state business groups and chambers of commerce. “And given a combination of increased competition coupled with an aggressive public policy agenda driven largely by unionized interests those two objectives are increasingly harder to obtain.”

Hurst, in the March 19 email obtained by the News Service, described the decision to go to the ballot as “taking some pages out of the opposition’s playbook.”

“We don’t take this effort lightly, and have only taken this extraordinary step to protect our members from government imposed discriminatory policies, and the costly, anti-small business agendas put forward by certain special interest labor groups,” Hurst wrote.

The House rejected a pair of major tax cuts on Monday, including one that may be headed for this year’s ballot.

Without debate or opposition, the House voted against proposals by Billerica Republican Rep. Marc Lombardo to reduce the sales tax (108) and income tax rates (109) to 5 percent.

Currently at 5.1 percent, the income tax remains on track to eventually fall to 5 percent – the level voters approved in 2000 – if the state hits economic triggers.

Before the tax votes, Boston Democrat Rep. Angelo Scaccia also pulled back the curtain on the House’s private budget deliberations, saying there was not enough money available in the budget to fund various priorities as he argued unsuccessfully to curb or eliminate the film tax credit.

The Massachusetts House on Wednesday approved legislation doing away with a restriction that prohibits families from receiving an extra $100 per-month cash assistance for a baby conceived while the family was receiving public assistance.

An amendment released just before 3:45 p.m. included language to circumvent the so-called Cap on Kids and instead mandate that “aid shall be provided for each such child or children without regard to whether the child was conceived or born after the parent began receiving aid.” …

Rep. Marjorie Decker, who had also filed standalone legislation to eliminate the cap, told her colleagues shortly before the change was approved that this marked “probably one of my proudest days to be here.”

“Today, we have made an historic change. Twenty years ago there was a movement around the country that suggested that women of under resources and low-income women shouldn’t have children,” she said.

The Cambridge Democrat said she was a legislative aide at the State House when the cap was initially put in place. She said the debate included “wrath and disdain that was expressed about why low-income women choose to have children” and suggestions that women would have more babies in an attempt to secure additional state aid.

The House passed its roughly $41 billion fiscal 2019 budget on Thursday by a 150-4 vote, devoting billions towards perennial priorities and much smaller amounts toward pet projects favored by lawmakers.

Among the changes to the document made over the course of four days of debate is an increase in the earned income tax credit that assists the working poor, fewer restrictions on welfare for young families, and more tax credits to put land into conservation.

The budget bill now heads to the Senate. House lawmakers added $81.3 million in spending to the budget bill this week through amendments, according to Ways and Means, bringing the final tally to $41.065 billion

By Tuesday, legislators who don’t already know whether they have challengers will find out if they do. It’s the biennial deadline for candidates to file nomination signatures and it coincides with another tradition: an uptick in lawmaking among incumbents eager to show constituents that they have accomplished something since the last election. The super-majorities long held by Democrats in both branches do not appear at risk this year, despite a session that started out with controversial pay raises and has proceeded at times at a halting pace, punctuated by leadership turmoil, turnover and near-chaos in the Senate….

While candidates will meet Tuesday’s deadline to file signatures – 300 for Senate candidates and 150 for House – the Legislature is not poised to act by Wednesday on a series of high-profile ballot questions, which means petitioners will be free to begin collecting a second and final round of signatures needed to lock their questions in for the November ballot….

Major bills laying out new health care policies and addressing opioid addiction and housing production remain stalled at the committee level heading into the final three months of formal sessions. It’s possible that the House will soon advance a health care proposal now that it has wrapped up its fiscal 2019 budget deliberations … Senate leaders plan to unveil their annual budget on May 10, with debate planned the week before Memorial Day Weekend….

Tax collections are beating estimates over the first eight months of fiscal 2018 – April collection numbers are due out next week – and that’s fueling both desire to spend more and calls for restraint.

Wyoming in 2017 was the most politically conservative state in the U.S. for the second consecutive year. Forty-six percent of Wyoming residents identified as conservative and 13% as liberal, yielding a net-conservative score of +33. At the other end of the spectrum, Vermont and Massachusetts were the least conservative states, with liberals outnumbering conservatives by double-digit margins.

Nine states are more liberal than conservative. Within this group, Maryland, Washington and Connecticut barely lean that way, while Massachusetts and Vermont have double-digit liberal advantages.

The map below indicates how each state’s net-conservative score compares with the national average of +9 . . .