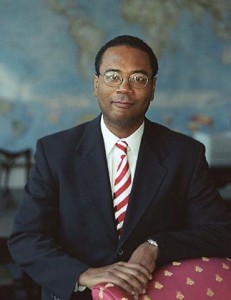 Horace Cooper is an adjunct fellow with the National Center for Public Policy Research, Co-Chairman of the Project 21 National Advisory Board and a legal commentator.

During the first six months of 2012, Horace has averaged 28 appearances on radio talk shows per month representing Project 21, in addition to regular television appearances and interviews by the print media.