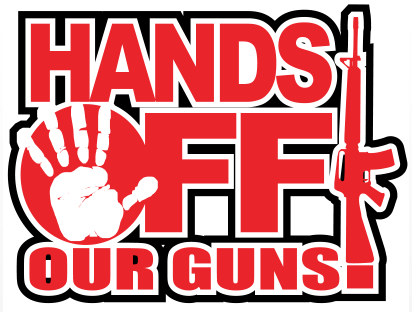 “Peace is that brief glorious moment in history when everybody stands around reloading.”

In a gunfight, the most important rule is … HAVE A GUN!!!

These are shooting tips from various Concealed Carry Instructors. If you own a gun, you will appreciate these rules… If not, you should get one, learn how to use it and learn the rules.

A Guns have only two enemies: Rust and Politicians. Rust can be prevented, Politicians cannot.

B It’s always better to be judged by 12 than carried out by 6.

C Cops carry guns to protect themselves, not you.

D Never let someone or something that threatens you get inside arm’s length.

E Never say “I’ve got a gun.” If you need to use deadly force, the first sound they should hear is the safety clicking off, or the hammer cocking.

H Make your attacker advance through a wall of bullets … you may get killed with your own gun, but they’ll have to beat you to death with it because it will be empty.

I If you’re in a gun fight:

(a) If you’re not shooting, you should be loading.

(b) If you’re not loading, you should be moving.

K If you carry a gun, people will call you paranoid. Nonsense! If you have a gun, what do you have to be paranoid about?

L Never fire a “warning shot”, that is just one wasted bullet, which could be needed within moments.

M You can say “stop” or any other word, but a large bore muzzle pointed at someone’s head is pretty much a universal language; and, you won’t have to press 1 for Spanish/Mexican, or 2 for Chinese, or 3 for Arabic.

N Never leave a wounded enemy behind. If you have to shoot, shoot to kill. In court, yours will be the only testimony.

O You cannot save the planet, but you may be able to save yourself and your family.

If you believe in the 2nd Amendment, forward to others you know who also believe.