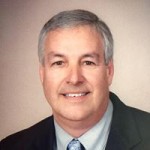 Steven Hall is running for the State Senate, he is Republican.  The seat his is seeking is the Worcester, Hampden, Hampshire, and Middlesex District. He seeks to replace incumbent Anne Gobi (D).

Hall has declared healthcare, veteran and senior care, support for small businesses, tax relief, economic growth, and the opioid crisis as some of the first things on his agenda should he be elected.

Steven Hall and his wife of 37 years, Janet, moved to Sturbridge in 2006 after spending 22-years raising their family in Wales. Steven is a 1979 graduate of Pathfinder Regional Technical High School. After graduation, he spent 25 years as a machinist and toolmaker. In 2004 Steve graduated from Saint Joseph’s College of Maine with a Baccalaureate of Science in Long-Term Care Administration. He has spent the last 13-years as a Nursing Home Administrator and, more recently, as an independent nursing home consultant.

Besides being instrumental in leading numerous skilled nursing facilities to high clinical achievement and profitability, he is also the inventor and developer of two healthcare safety products.

In his leadership roles as a consultant, Nursing Home Administrator, machine shop manager, and business owner, Steve has demonstrated over-and-over that his foundation for success started with listening, caring, and having a strong commitment of service to the people he serves. He will not waiver from his inventive spirit and these principles of service to you when elected to Beacon Hill.