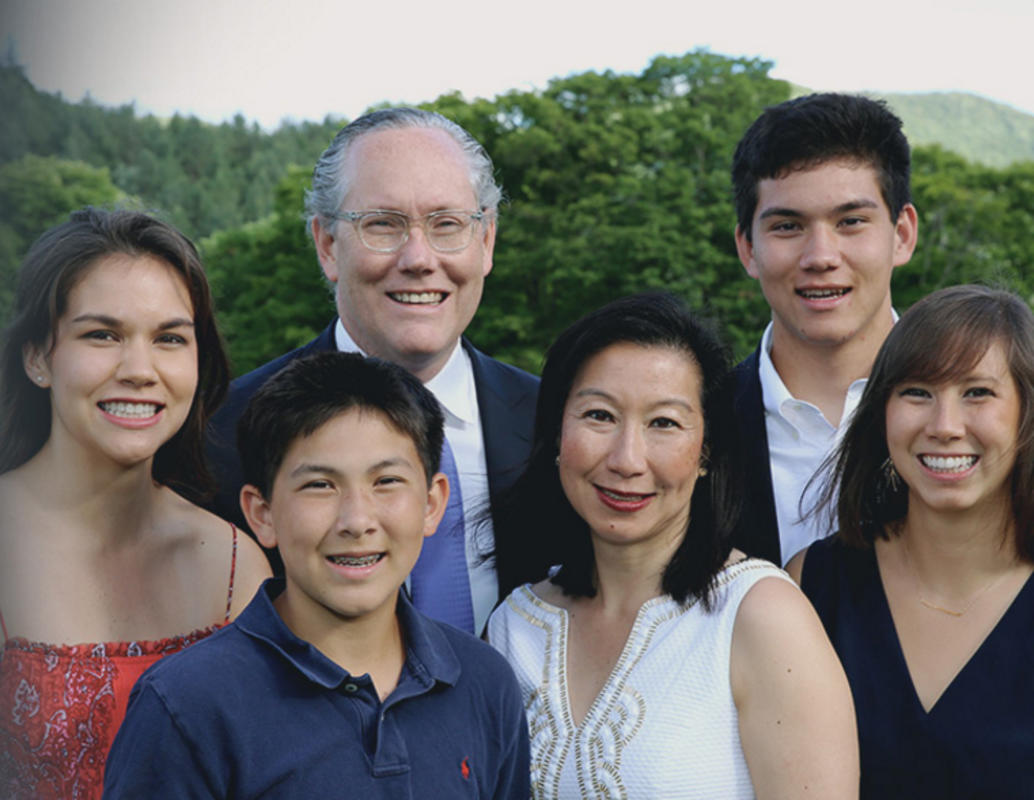 John Kingston, an Everett native, will join us on the air Saturday morning.  Kingston is making his bid for the seat held by Lizzy Warren.

John’s grandfather and father were born and raised in Everett and Watertown (Boston sports fans from birth!) and those deep family ties helped draw John and Jean to stay and raise their children in Massachusetts. (The area’s passion for its fun and successful sports teams may have had something to do with that too!)  As John’s career in law and business grew, so did the Kingston family. John and Jean felt it was important to instill in their four kids (now ages 15, 18, 22 and 24) a devotion to giving and service. They initiated an effort known as  SixSeeds, which became an organization designed to advance virtue in families by working together to help people in need. They made numerous trips to Mexico, alongside other families, to serve a school set in a squatter community on the hillsides of Tijuana, sent care packages to soldiers in Afghanistan, and delivered backpacks full of supplies to kids without basic materials to start their school year. In Boston, the Kingstons supported urban churches such as Bethel AME and Roxbury Presbyterian Church and their social justice initiatives, and helped foster and facilitate partnerships linking urban and suburban communities and churches.

In 2015, John finished his 16-year career at AMG, which is a public company valued at more than $10 billion that manages more than $700 billion in assets. He then turned his focus to establishing Sword & Spoon Group, a mix of non-profit and for-profit initiatives that focus on strengthening all facets of civic life, in public policy, education, arts, and service.

“Massachusetts deserves a senator who will fight for them and their interests every single day in Washington, not an absentee senator spending their time trying to advance a political career,”