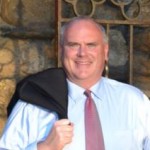 Bill McCarthy is a Worcester native and is a criminal justice educator at Quinsigamond Community College, Becker College, and Assumption College. He has developed and taught courses in anti-terrorism, cyber-crime, white collar crime, and crisis management in business and industry.

Prior to his position as an educator, Bill served as the Executive Assistant for the Louisiana Department of Revenue, Office of Alcohol and Tobacco Control. While there he was the second highest official at the agency and was responsible for managing and developing the $4.1 million budget. He was also a state trooper.

Bill graduated from South High Community School and that same year earned the rank of Eagle Scout. He received his bachelor’s degree in social relations from Anna Maria College and was president of his senior class. He received his master’s degree in public administration from Clark University, and his Ph.D. in human resource education and workforce development from Louisiana State University