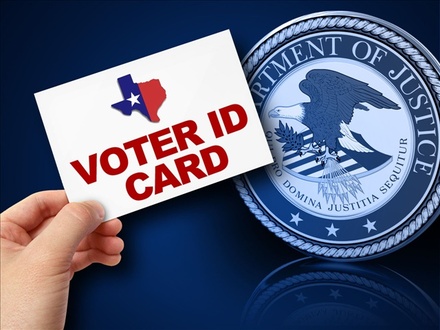 It is simple. Your vote is the most valuable asset you have in the world of Democracy, so why shouldn’t it be protected? It is ridiculous that anyone can walk into a voting location and give a name and address (all of which is not hard to get) and then a red line is placed through it or checked off and BAM! that person regardless of who they are gets YOUR vote!

The left doesn’t want any ID required at the polls…. none. Why? The only reason anyone would want this because they intend to have people who either don’t vote or can’t vote to have a vote cast in their favor. We know buses are shipped in with college students or others to vote in districts they do not live. Just look at the 2016 Presidential Election in New Hampshire.

The common sense Conservative person expects and wants your identity to be established before that ballot is given to you. One Person One Vote!

The Left will tell us that the poor can’t afford ID. This argument is so ridiculous on its face it’s near impossible to respond. We require ID for so many … no, no.. for just about everything less important than your vote!

The cost of an ID is the reason no to ask for an ID holds no water. We issue IDs and require IDs in all other areas of life. So ID up or don’t vote.

The decision, which came Tuesday and drew a brief dissent, will affect one November’s most critical Senate races.

A group of American Indians challenged the residential street address requirement, arguing that it imposes “impossible and severe burdens on the franchise for Native American voters,” as many live on reservations or otherwise lack ordinary street addresses. A federal judge agreed and prohibited the law.

The 8th U.S. Circuit Court of Appeals lifted that order, so the plaintiffs appealed to the Supreme Court, asking the justices to restore the injunction.

FOR MORE ON THIS:
SUPREMES CLEAR WAY FOR VOTER ID REQUIREMENT IN KEY SENATE RACE