Hi Conservatives,
Didn’t want you to wait to benefit from the following helpful advice!
Best,
Len
Op-Ed Submission “As I See It” to the Worcester Telegram

Help for
Low Information Voters
Forward this to spread the conservative word. To be removed from this list, just hit RETUTRN and put REMOVE in the subject.
March 27,2013
By Len Mead

Get most of your information from local newspaper front pages? From TV news? You may be a “Low Information Voter!” You’re not stupid. You’re just not well informed.

Fortunately, as your conservative watch-dog and friend, I’m here to help. So brace yourself. Here comes the ugly truth you don’t get from the “main street” media. The average “family” on welfare takes home about $61,000 a year compared to the working stiff median family income after taxes of about $48,000 (from a December, 2012 report of the Weekly Standard.) Wonder why welfare recipients aren’t anxious to work?

This tragedy began in the 1950s. That’s when misguided Democrat welfare programs started paying fornicating teenagers money for bearing illegitimate children. Teens qualified under “Aid to Families with Dependent Children” if there was no father or husband around! Go figure.

After 50 plus years, the American Family with a loving father and mother has been destroyed by these welfare incentives. Dear Reader, 40% of today’s births are to single mothers with no acknowledged father. A population of 315 million today has only 113 million American taxpayers but 100 million on welfare (excluding social security and Medicare), 47 million on food stamps, and 23 million desperate Americans who can’t find work.

You’re told that your government will take care for you — that you’re a victim— that the rich aren’t paying enough taxes. That too many guns, not untreated mental illness threatens schoolchildren. You’re told cutting our military won’t threaten your safety while Iran proclaims it is now a nuclear power with its first stated goal to launch a bomb wiping out Israel.

While millions of illegals invade our country you’re told these criminals are just “undocumented.” Your healthcare – once the best in the world — is collapsing with higher rates, bureaucracy, mandated fines and jail if you don’t buy Obamacare insurance. Lastly, you’re told that when the current Democrat regime in DC spends $1.40 for each $1.00 they collect, this is not a problem. $17 trillion in US debt now and trillions of overspending each year as far as the eye can see – no problem? Click on the US Debt Clock.

Getting the picture? See — you are getting “low information” news. Daily front page and TV “reporting” of these problems is non-existent and actually suppressed. Why? Because struggling regional publications don’t have the resources to have reporters in DC or around the world. So they meekly claim they must depend on national wire services such as the Associated Press (AP) for national stories.

But AP “news” stories preach that all goodness comes from government, that self-reliance is foolish, that limited constitutional government is passé, that whatever Obama does must be celebrated and mistakes protected! (Criticism is racist!) Continually ingesting this hogwash has produced generations of “low information voters” who now vote foolishly for “more government” against their own best interests. Regional TV and newspapers’ professional role demand that they actually verify what they print or show. Most don’t. And those that don’t shouldn’t be bought, viewed, or used by advertisers.

So what now? Re-read our Declaration of Independence and Constitution so you re-learn that our rights of life, liberty, and the pursuit of happiness come from our creator – GOD – not from government. Discover that our 2nd Amendment right to keep and bear arms exists NOT so we can shoot squirrels but so we can shoot government tyrants as we did fighting off King George’s troops.

Friends, start getting your information from internet news sources – the Drudge Report, Yahoo News, Google News, talk radio, The Wall Street Journal, Forbes Magazine and Fox News. Acknowledge that the lies and deceptions from the Associated Press or wire service broadcasts boil down to: life on “government” welfare is better than success on your own.

Our great wealth and freedom has come from low taxes, limited government, self-reliance, freedom, a strong military and a strong private system of charity through neighbors and faith organizations. Becoming a “High Information Voter” means you will start returning to elected office individuals who agree with these principals. 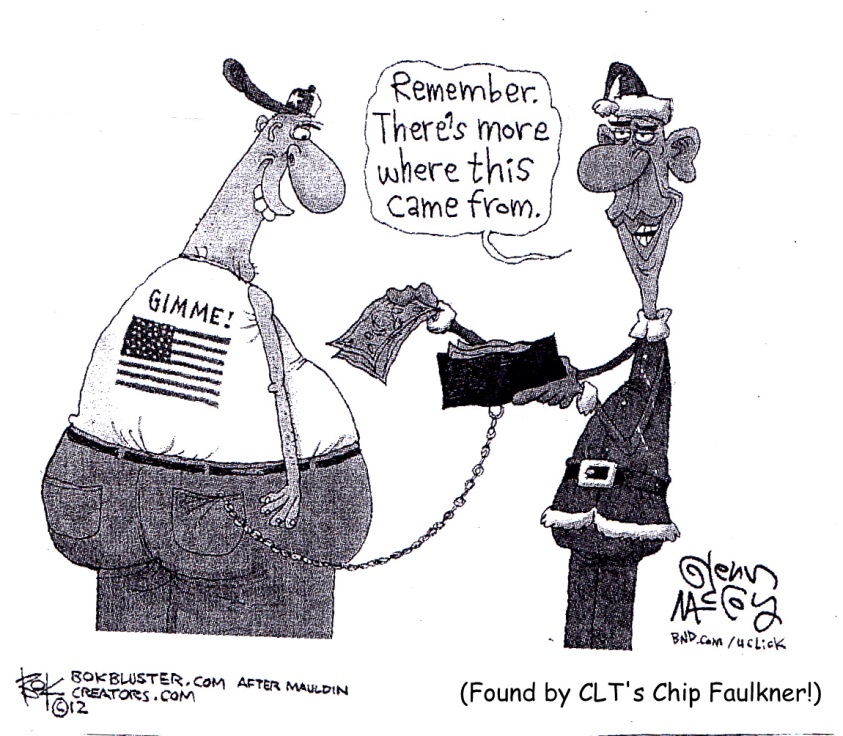 What’s a great first political step? Demand that your taxes stop going to new pregnant teenagers for each new illegitimate birth. This will finally stop the cancer of welfare which is destroying the traditional family– the building block of any society. Continue in the low information mode, and your future and that of your children will be dismal at best – serfs to the cruelest of masters – entrenched government.

Len Mead is a Tea Party Activist, past “Citizen of the Year” award winner from Citizens for Limited Taxation and can be reached anytime at mead1720@gmail.com