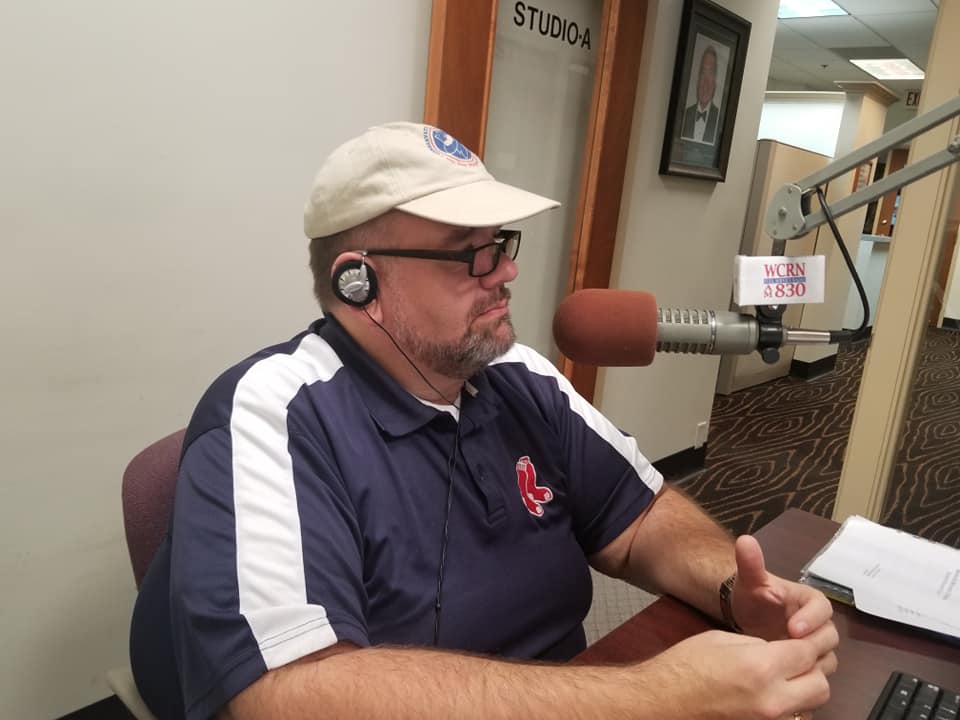 Coming up on today’s show… we’ll take your calls and talk about what is happening, locally, Nationally and even Internationally

It’s Labor Day Weekend.. and we’ll be asking you some questions..because we need to know.. not really, we’re just nosy

Questions for Labor Day.. callers.. ask, answer:
1. What was your first job and how much was the pay?
2. What was the worst and best job you had
3. What job would you do forever.. would not retire from even if you could

Questions for Labor Day.. callers.. ask, answer:
1. What was your first job and how much was the pay?
2. What was the worst and best job you had
3. What job would you do forever.. would not retire from even if you could

6:00 am
A FIFTH illegal alien in one month has been arrested for rape in Montgomery County, MD—a Sanctuary County Nelson Reyes-Medrano raped a 16 y/o girl at knifepoint weeks after ICE had tried deporting him How many more will suffer because of Democrats’ dangerous policies?
https://www.breitbart.com/politics/2019/08/28/illegal-accused-raping-16-year-old-girl-knifepoint/

A 61-year-old man is under arrest after striking an 80-year-old woman using a crosswalk in Revere, police said. The woman received “potentially serious” injuries when when she was struck by a car driven by Jaaziel Goncalves, 61, on Revere Beach Boulevard at about 6 a.m., according to information released state police. Goncalves was charged with unlicensed operation and a crosswalk violation, according to state police.

The sex trafficking case against Jeffrey Epstein is officially over.
A judge signed off Thursday on prosecutors’ request to dismiss the case against the perverted financier because he killed himself on Aug. 10 at the Metropolitan Correctional Center in Lower Manhattan.
https://www.nydailynews.com/new-york/ny-jeffrey-epstein-criminal-case-closed-20190829-ekqaryt76vclzgsiaj5tucsh3u-story.html?fbclid=IwAR2n952CLRVRcXLcVNqGPaGxDSXlR-LU4HPDFE9bfEFIavVW-rPeBwj7Law

“I guess I’m going to have to re-evaluate my low opinion of prostate cancer,” he said, referencing Koch’s battle with the disease. “As for his remains, he has asked to be cremated and have his ashes be blown into a child’s lungs,” Maher joked… The HBO host claimed Koch and his brother Charles donated to fund climate science deniers, noting he was glad the billionaire died.

“I hope the end was painful,” he said.

7:30 Handling Change – The junkie has no responsibility here?

In opioid litigation, attorneys are tyring to see what sticks..
The problem in the opioid litigation has is not a lack of real injuries but the lack of a viable legal theory of recovery. Lawyers have been exploring a variety of claims from false advertising to warranties to misrepresentation to consumer fraud

The ruling against Johnson & Johnson this week in Oklahoma in the opioid litigation has been heralded as the beginning of the end for pharmaceutical companies in their effort to fend off billions of dollars in damages sought by states, cities and individuals across the country. Indeed, Oklahoma Attorney Mike Hunter declared the $572 million ruling as a roadmap for other states, stating, “We did it in Oklahoma. You can do it elsewhere.”

Every day, more than 130 people in the United States die after overdosing on opioids and the cost of such abuse is estimated as $78.5 billion a year. In 2017, over 47,000 people died of opioid overdoses. As a result, municipal, county, state and tribal governments have filed more than 2,000 lawsuits against manufacturers, distributors and retailers of the prescription painkillers.

Biden lied, mixed up at least 3 stories.. got all the facts wrong

“In the space of three minutes, Biden got the time period, the location, the heroic act, the type of medal, the military branch and the rank of the recipient wrong, as well as his own role in the ceremony,”

Joe Biden Just Makes Up a War Story While Campaigning

Impeachment… keep saying it.. it’s all theater — Speaker of the House Nancy Pelosi admitted that the public does not support impeaching President Donald Trump. The comments were made on a conference call with other House Democrats. “The public isn’t there on impeachment.”

Ted Cruz wants to use all El’Choppos seized money for the wall:

One of Hillary Clinton’s wealthy pals paid $500,000 in an unsuccessful effort to fund women willing to accuse President Trump of sexual misconduct before the 2016 election, The New York Times reported Sunday.

Susie Tompkins Buell, the founder of Esprit Clothing and a major Clinton campaign donor for many years, gave the money to celebrity lawyer Lisa Bloom who was working with a number of Trump accusers at the time, according to the paper’s bombshell report.

US Christian pastor freed from Turkish jail, thanks to President Trump’s ‘key’ leadership

After spending 21 months in a Turkish prison because of his Christian faith, American Pastor Andrew Brunson has been released and allowed to return to his home in Turkey where he will be under house arrest. Brunson had been on trial for the crime of “Christianization.”