Home / Articles / Podcast / Politically Speaking / Show Teaser / Uncategorized / 3.16.19 Upcoming .. some notes, topics and News we are looking at this week 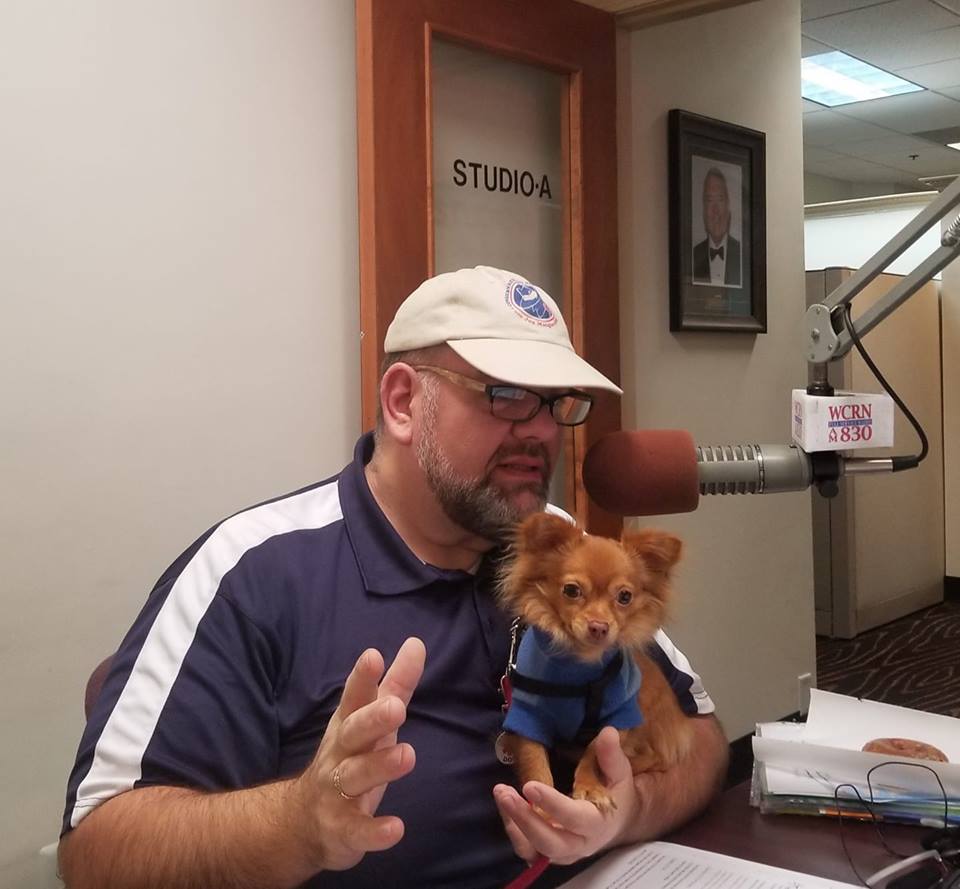 Hey folks.. coming up on this week’s Conservatively Speaking we take a look at what’s been going on in the News this week.
Common sense talk for the Common Sense citizen.. Dead reckoning to the truth..

In a college admissions scandal brought to light Tuesday, federal prosecutors allege wealthy parents paid to help their children cheat on college entrance exams and to falsify athletic records of students to enable them to secure admission to elite schools, including UCLA, USC, Stanford, Yale and Georgetown.
This is huge.. deep reaching…

What say you?. Do you have a different view now when someone went to a one of these Ivy league Colleges?….

Didn’t we all kinda of know that something like this was going on.. we knew that “legacy” admissions took place.. and the Institutional kids.. those whose family donated a building, wing.. lab or some other obvious, decadent monument to the family’s wealth and influence.

Everyone would know that the kid walking across the quad whose surname was on the building he just come out of… probably didn’t need to work as hard as you to get in.. the 100 million dollar library building kinda secured his/her entrance.

So this whole charade came crashing down because of a securities investigation.. while the Feds were looking into some Stock pumping improprieties.. the Stock Broker on the pointy end of the stick, in hopes of getting some love shown on his charges throws out a comment.. kinds fishing around.. that he could tell him about being asked for a bribe to get his kid into college. This did peek the Feds interests and was the beginning of a nationwide sting operation.

So the guy who was looking for a bribe to slide the stock brokers kid in what he calls the “Side door”.. is a guy named William “Rick” Singer … he owns a for-profit Newport Beach college admissions company, this is at the center of the scheme
So how it works is the Wealthy parents paid to have him and others facilitate their kids cheating on college entrance exams and admission to elite universities as athletes, regardless of whether they played the sport, this was so intricate.. they made up complete transcripts.. completely fabricated their sports prowess .. to the point they even photo shopped the kids playing sports… in one case they totally made up her tennis skills.. and a full history of playing and winning titles!

The coaches were in on it.. getting paid tens of thousands of dollars to “recruit” them.. to guarantee them a spot.. taking that spot away from a legitimate applicant.

prosecutors allege. Singer has two homes.. on in Sacramento and one in Newport Beach

He operated the business under the name Edge College & Career Network and was also CEO of the Key Worldwide Foundation, which he formed in 2012 to provide education to underprivileged students…this was a charity mind you.. so tax deductible.. so now this opening up a whole mess of Tax fraud and cheating.. resulting in stealing money from the US Tax payers.

Prosecutors allege that Singer instructed parents to make payments to the fake charity under the guise of charitable donations. . . so now those elite money and hedge fund managers, Hollywood snobs ..who look down on “Fly over” country and think all Trumpsters, Republicans and Conservatives are too dumb to know how to think..much less vote.. are getting the deduction!

So now Singer is cooperating with authorities in the investigation and pleaded guilty to the charges in Boston this past Tuesday afternoon.

On the Democratic Presidential front:

This is rich, we have Elizabeth Warren the fake Indian and then throwing his hat in the ring this week… Robert “Beto” O’ Rourke… whose real name is Robert Francis O’Rourke… so he’s using “Beto” to pander to the invading populace we they have the fake Mexican and of course, Bernie Sanders the fake socialist, while he has 3 houses, flies on private jets, and is worth millions

Democrats can only win if they aren’t who they are?.. they think they can win by pretending to be someone they aren’t
Getting back to Robert Francis.. AKA .. Beto O’Rourke .. what is the name all about?.. well this is the guy who married into RE Royalty in Texas.. won a Congressional seat by getting 500 Republicans to switch party and vote for him in a primary.. ousting a Hispanic Congressman

This guy said: Police are the equivalent of modern day Jim Crow Nothing is more American than kneeling for & burning the U.S. flag
.. No wonder they call him the next Barack Obama….

This is the guy that says he’ll tear down the wall if elected.. that his community is safe.. remember .. El Pasa has a wall.. Federal data show a far-less imposing wall than the one Trump envisions is already there… a two-story corrugated metal fence first erected under the Bush administration — already has dramatically curtailed both illegal border crossings and crime in Texas’ sixth-largest city, which borders the high-crime Mexican city of Juarez

This is Robert Francis talking about the wall:

This guy lost to Ted Cruz.. and it was his staffers who were secretly recorded illegally using campaign resources to buy supplies and help transport illegal aliens … they admitted they broke black-letter campaign finance law.

They didn’t report the use of funds, they lied on the reporting, used for funds for personal reasons… and not on campaign expenses…
The left and the media have convenient memory loss.. but let’s be sure we jog that memory..

This is all on video, Project Veritas caught young lefty staffers talking about it in Campaign HQ

They go on to say…. “I think we can use that with those cards..[campaign pre-paid] to buy some food, all that s**t can be totally masked like, oh we just wanted a healthy breakfast!”
and

Dominic Chacon one of the senior staffers.. says..
“There’s not really an approval process,” “we can just go and get the food and we can come up with a BS excuse like as to why we needed to get this stuff.”

He Admitted “If you get caught in some sort of violation that’s like a $50,000 fine.” But Chacon doesn’t worry about the rules. Those are for saps who obey the law: “For me I can just ignore the rules and I’m like f**k it. I don’t mind breaking the rules.”

Staffer AnaPaula Themann goes on to say: “I just hope nobody that’s the wrong person finds out about this,”

So the staff members are breaking the Federal Election Commission’s rules. The commission could impose “civil penalties, including fines of up to $10,000 or 200 percent of the funds involved. Violations of Section 1001 are criminal and include imprisonment of up to five years.”

Some of the illegals, Project Veritas reported, are from the “migrant caravan” heading north through Mexico to storm the southern U.S. border.

Campaign Manager Is OK With It… Chacon explains that Jody Casey, the campaign manager for the O’Rourke campaign, was happy to hear about their efforts supporting aliens with campaign funds,”


Chacon also admitted using campaign vans to transport the illegal aliens: “We’re going to give rides to some of the immigrants too. Like to the airport, to the bus station, like why not, you know?”

Sorry, 2020 Candidates: Dolly Parton Doesn’t Like Any of You Using Her Music

After Massachusetts Sen. Elizabeth Warren kicked off her presidential bid last monththis link opens in a new tab using Dolly Parton‘s song “9 to 5,” the country icon’s manager is reminding everyone that Parton, 73, doesn’t want to get political.

The left and media want to know Dolly’s reasons for not bashing trump….. why is that you need a reason… you have to justify NOT bashing the President of the united states
Dolly’s people told the AP that Dolly didn’t approve Warren’s use of the Oscar winning track…. And Warren’s campaign declined to comment to this..

Jay Leno recently on a morning talk show.. talking about how he approached it. I’ve always said, the “Late Night Comedians” ..if you can still call them “Comedians” should keep it natural. Johnny Carson made fun of both sides equally.

He goes on to say it use to be easier.. just watch the News and play with that

And now it is more outrageous than the truth


Andrew Yang is an American entrepreneur, the founder of Venture for America, and a 2020 Democratic presidential candidate. Andrew Yang, 44, is the entrepreneur running for president as a Democrat whose primary campaign promise is to implement a Universal Basic Income for every American adult.
He was in the Obama Administration… lefty
UBI: his proposal to give each American adult $1,000 per month, no strings attached.