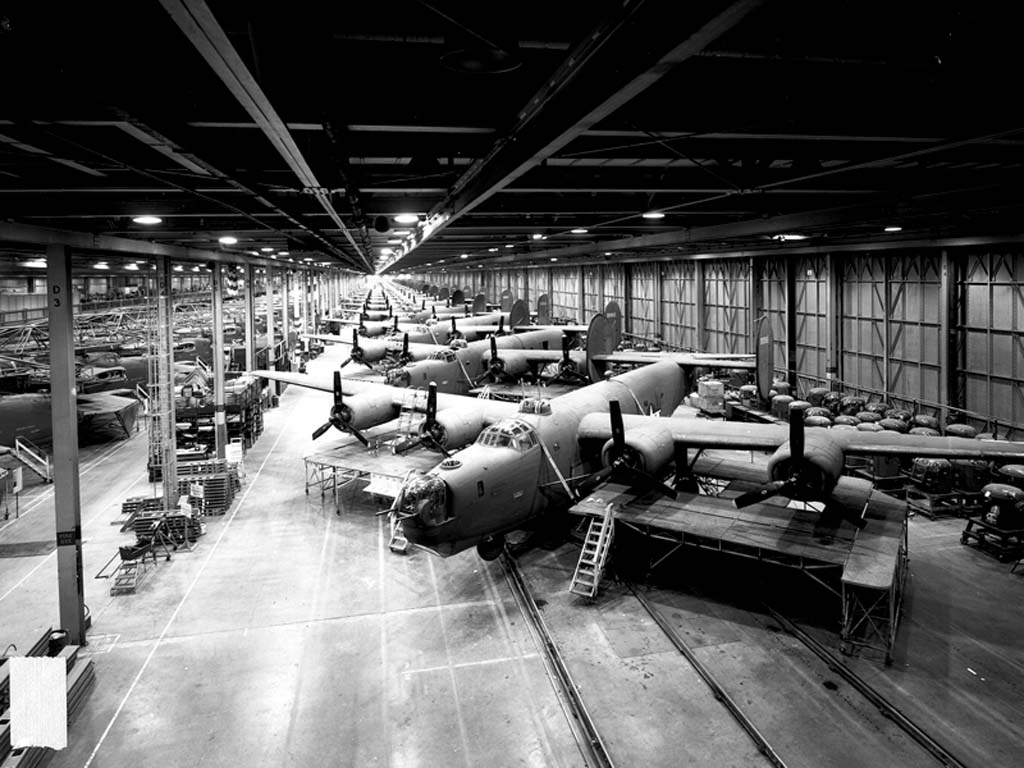 The long hanger at Willow Run, Michigan has a 90 degree turn in it so Henry Ford would not have to pay taxes in the next county. That short end is being saved and restored today as a museum. The big hanger doors are still operational after all these years.

This is one of the best and most informative clips about a great American accomplishment, thanks to the Ford Motor Company during WWII.

Production began here 6 months BEFORE Pearl Harbor! Henry Ford was determined that he could mass produce bombers just as he had with cars, so he built the Willow Run assembly plant and proved it. This was the world’s largest building under one roof at the time. This film will absolutely blow you away — one B-24 every 55 minutes! — and Ford had its own pilots to test them. And no recalls!

ADOLF HITLER HAD NO IDEA THE U.S. WAS CAPABLE OF THIS KIND OF THING.