Michael J. Lindell is the inventor and CEO of My Pillow, Inc. He is also the founder of the Lindell Foundation and the Lindell Recovery Network.

Mike is out and open supporter of the President and has received a considerable amount of push-back for him and his company. 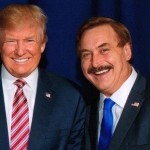 Prior to inventing MyPillow, Lindell launched and operated a number of small businesses including carpet cleaning, lunch wagons, and a few bars and restaurants in Carver County, Minnesota. 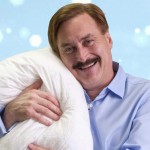 Lindell was born in Mankato, Minnesota, and was raised in Chaska and Carver, Minnesota.

Lindell then invented the MyPillow pillow in 2004 and grew the MyPillow business into a major Minnesota manufacturing company with 1,600 employees in 2018 and 43 million pillows sold as of 2018.

In March 2017, Lindell produced The Mike Lindell Story: An American Dream, a documentary about Lindell overcoming drug addiction and building a multimillion-dollar business. The documentary was shot in Minneapolis, Minnesota at the Pantages Theatre.